Disclosing to my colleagues in the AquaLab group here at METER that I wanted to make my own fermented sausage drew some confused looks.  When I told them one of my first projects would be pig jowl, well, that prompted vast skepticism.  I had never heard of Guanciale until I read the good book, but it sounded like a project that would be easy.  I hoped it might also make it seem like I’m not scared by weird food.  This desire was probably developed by watching too many chefs on TV who rave about offal – brains, kidneys, tongue, liver, intestines, etc. – the kind of stuff I might order at a restaurant if I hadn’t been scarred by an unfortunate andouillette incident some years back.  The appearance of the jowl during salt/sugar curing didn’t do much to allay the skeptics: 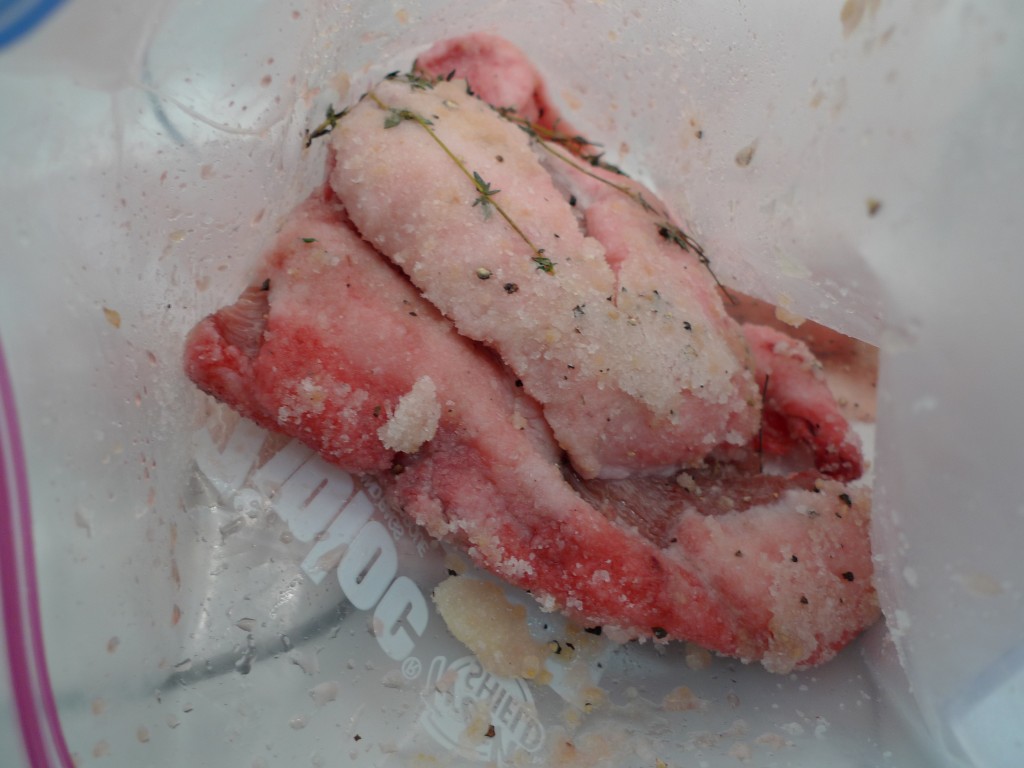 The jowl was then washed off and hung to dry.  To be honest, it looked worse when it was done: 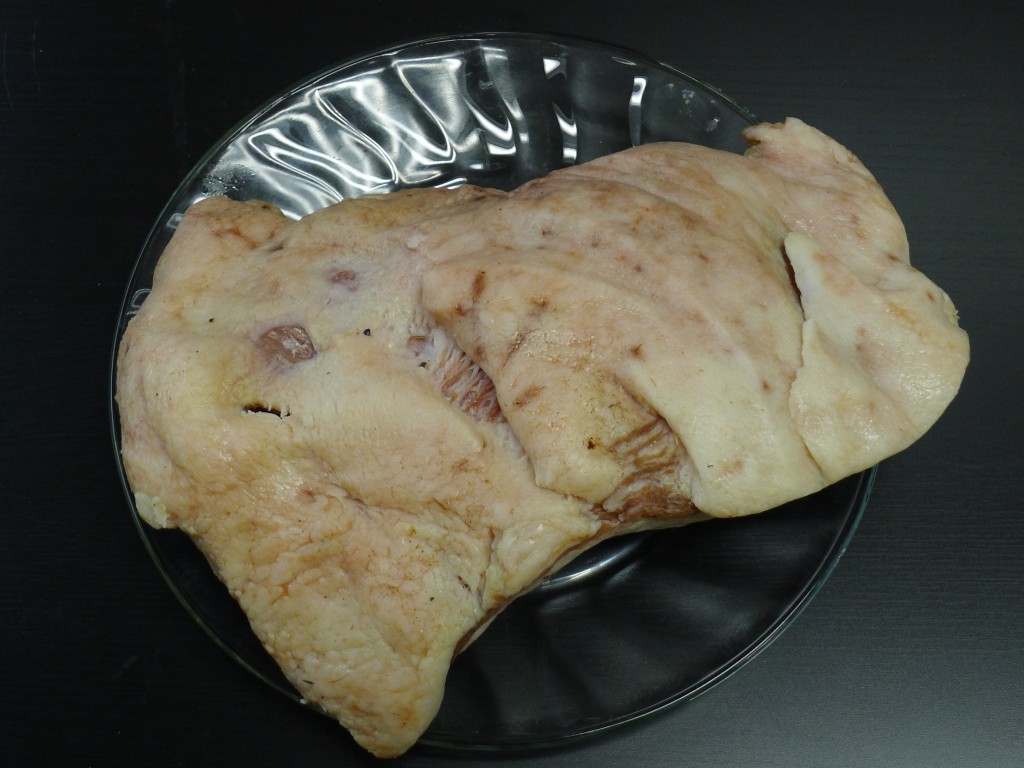 My colleagues were more sure of themselves than ever, until I sliced it: 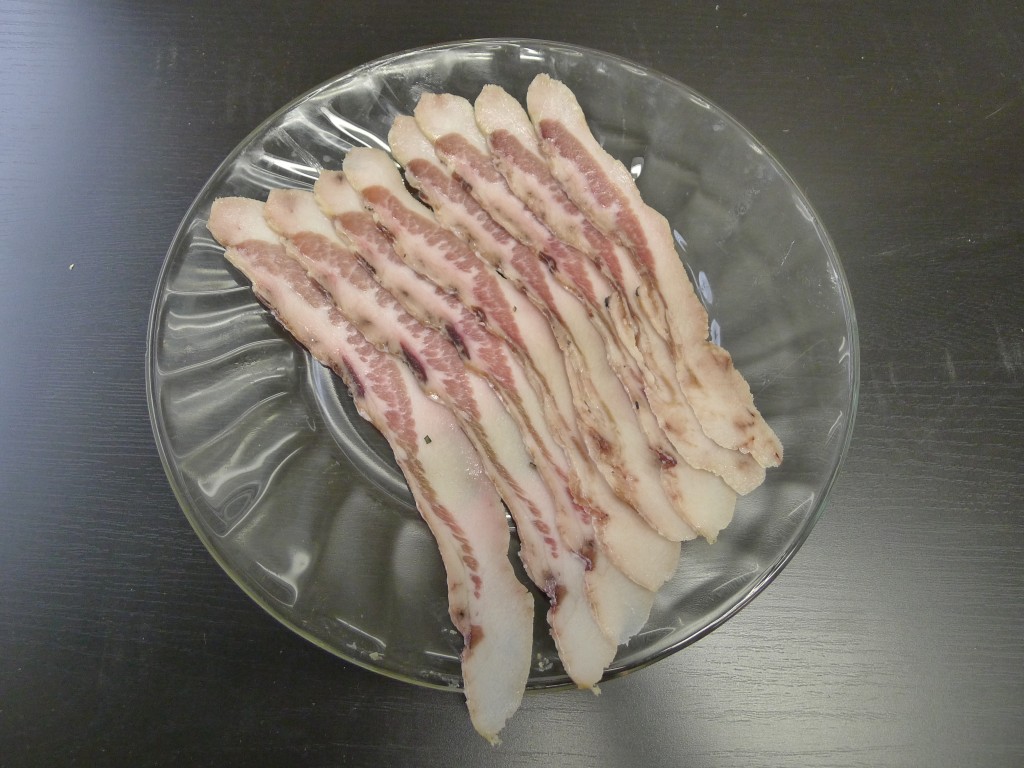 “Hey – that’s bacon” the haters said, as if on cue, and began to argue about who got to take some home.  I tested it on our water activity meter – it came out at 0.880 aw. That’s a bit too high to be stored at room temperature so we put it back in the fridge.  The guanciale taste was buttery and subtle, reminding me of proscuitto but with a lot more fat.  I took some home and cooked it in the pan like bacon with marginal results.  I’ll try it in some spaghetti alla carbonara this week and post my thoughts after that.  I’d say it turned out ok, but I’m going to have to make it work as an ingredient before delivering a verdict.

The same day the jowl was finishing, I made two more kinds of fermented sausage: Soppresatta and Landjager.  Both went together without much fuss, and they are now hanging in the fridge.  First, the Soppressata: 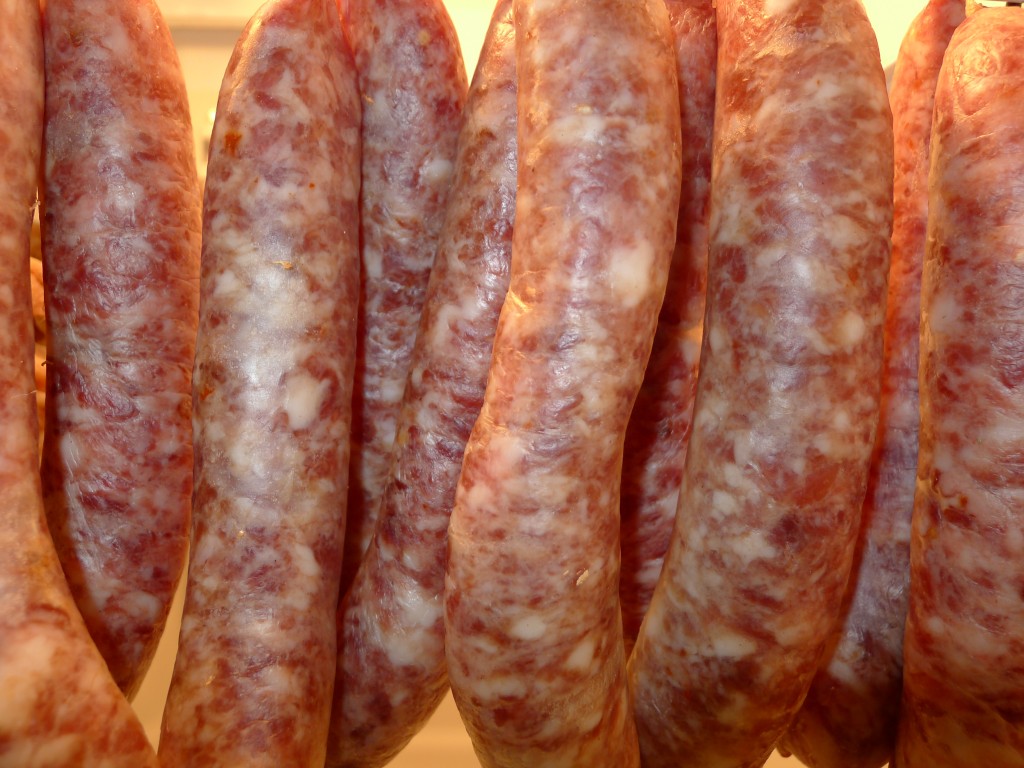 It looks nice, but I probably committed the cardinal sin of not having the fat cold enough when I mixed it.  We’ll see how it looks when cut. 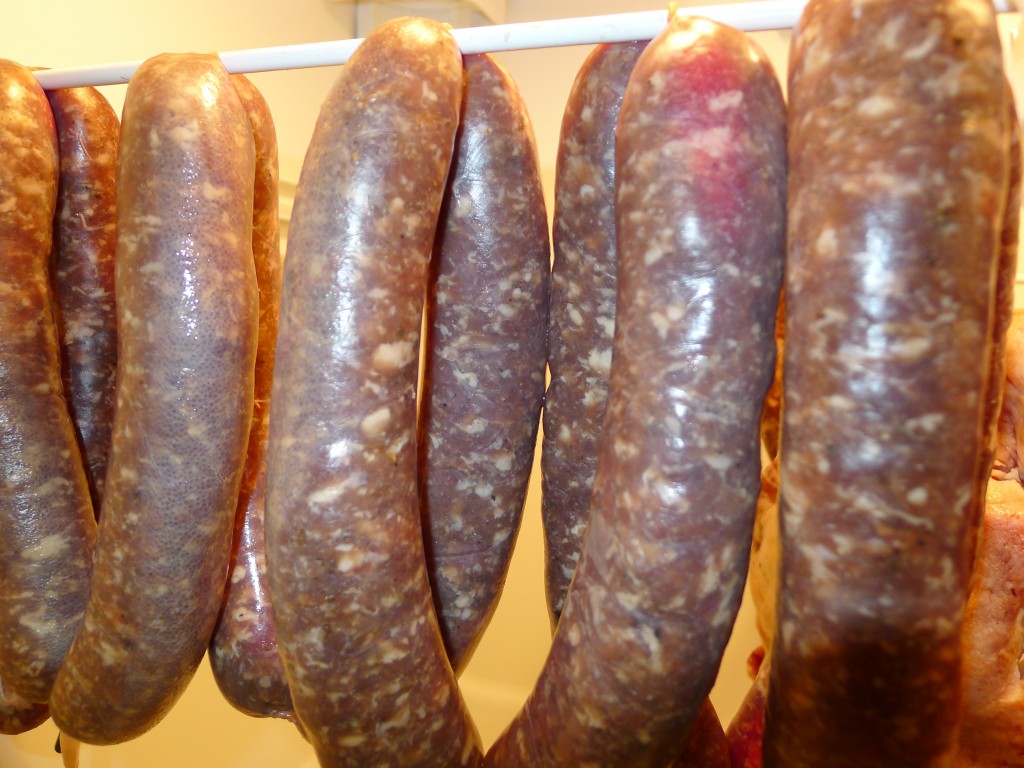 It appears much darker in color, and although it’s hard to tell, I did refrigerate it for 2 days pressed with some weight like the recipe says.

Now, for the part that may dismay people who follow directions.  I’ve decided the best way to avoid the bad mold problem we had before is to get some good mold going.  I bought some bactoferm 600, and will be inoculating the surface of the sausage with it, while keeping the humidity very high (85-90%) for a few days.  This is the opposite of what I originally thought we would do on the second batch, and violates the “60-70%” humidity rule.  We’ll see what happens, but if green fuzzy stuff starts up, I’m pulling the plug on the high humidity experiment.