Every week on Wednesday, our company has a lunch meeting where someone makes lunch for the 90 or so people who work here.  Only 5 or 6 employees have ever volunteered to do this, and today I found out why.  Making food for 90 people takes stamina and lots of time.  I thought maybe grinding and stuffing 120 or so sausages would be a 2 hour task.  Turns out, it’s more like four, especially when making four different recipes and trying to keep everything cold.

I chose 4 of the fresh sausage recipes I thought people at METER would like – “Classic Fresh Bratwurst”, “Italian Sausage, Spicy”, “Chicken Sausage with Basil and Tomatoes”, and “Fresh Garlic Sausage” – all were from “Charcuterie“.  I decided that the Italian and Brats would be the most popular, so made double recipes of those.  In total, I had about 40 brats, 40 italian, and 20 each of the chicken and garlic.

Once stuffed, I needed to get them cooked.  My company has two half-barrel charcoal grills, and I thought these would be the best way to get some color on the sausages, followed by bringing them up to temp in plug-in roaster ovens.  Even though we do lunch meeting every week, we don’t have any kitchen to manage prep.  Here’s what the sausages looked like sizzling on the grill: 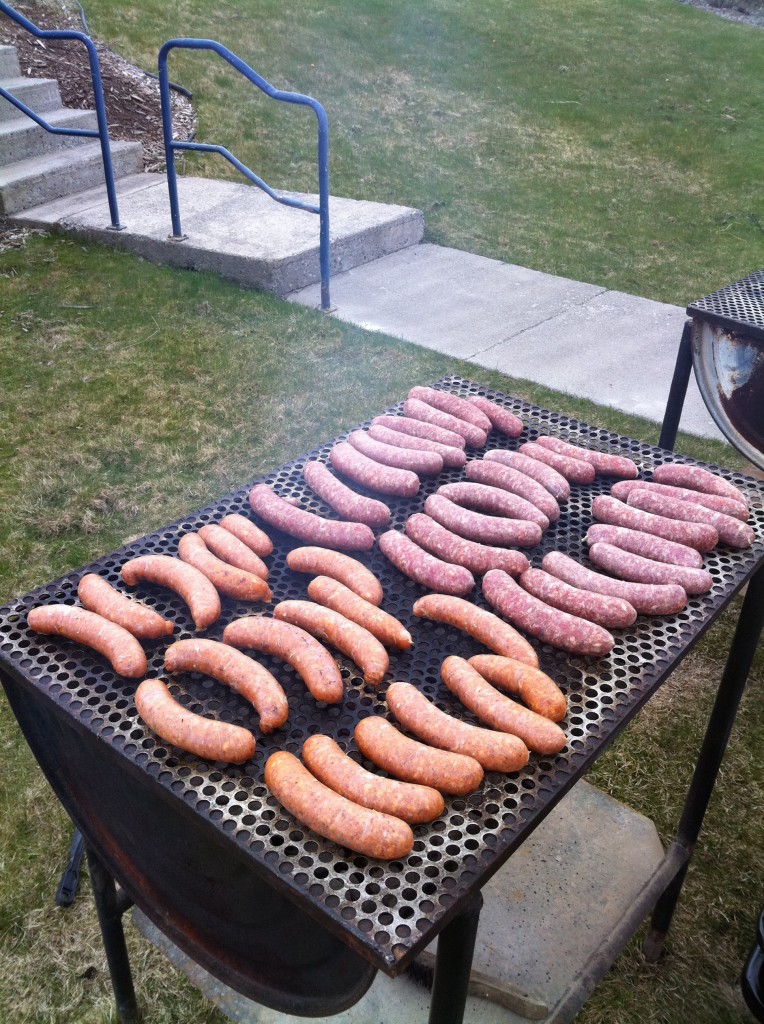 That’s the chicken sausage in the foreground, with the garlic behind that.  Here’s the brats and italian cooking: 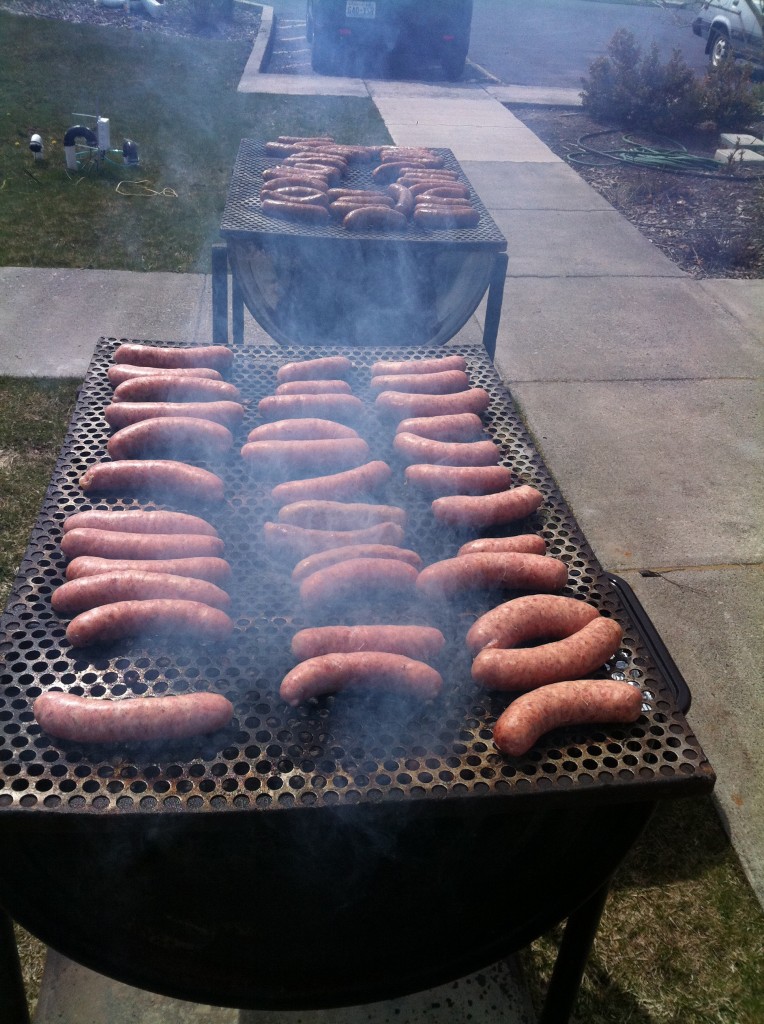 If I had a do-over, I’d probably just cook everything to temperature on the grill and use the ovens only to keep stuff hot.  For some reason, the roaster ovens didn’t work well as implements for raising the sausage temperature.  Another problem was that when the brats and chicken sausage started to leak oil, we had major grease fires.  These then consumed the sausage and split casings right and left.  While the taste doesn’t change in this case, it just looks pretty bad.

Ratios for the different types of sausage weren’t that far off, but the brats disappeared first, followed by the italian sausage, even though we had twice as many of these as the other two types.  In the end, we had about 10 garlic and 4 chicken sausages left.  On taste, I liked the spice of the italian the most, but plain old garlic was extremely nice.  The garlic presents something of a marketing problem, kind of like vanilla isn’t a flavor of ice cream – maybe we just need to call it something else.  Just saying “garlic” didn’t generate much interest, even though the taste is quite good.