Were we the first ones to ever use a water activity meter to test regional delicacies on a train from Lyon to Cologne? I think, yes. Will we be the last? I think, again, yes. 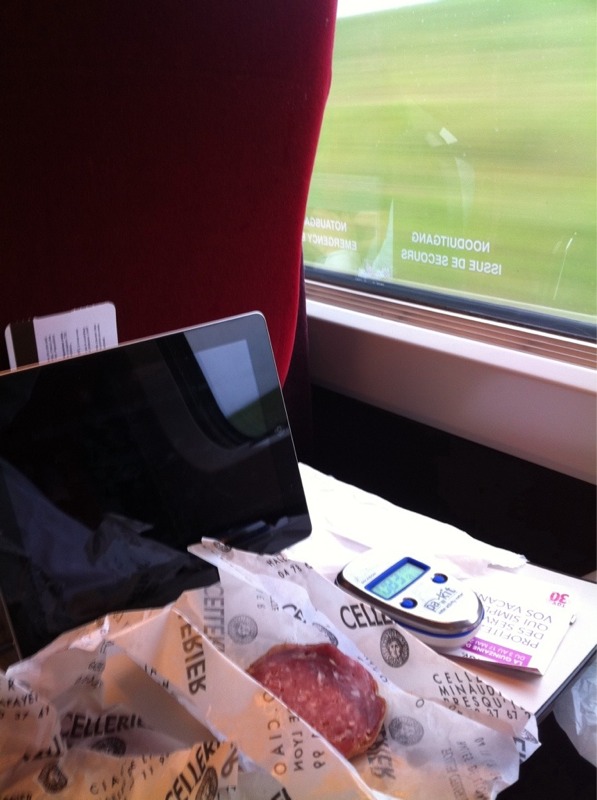 While in Lyon on business, our colleague Laurent took us to Halle de Lyon to sample some of the local cuisine. As Lyon is considered the center of French gastronomie, Halle de Lyon reeked of fine food. It contained lots of different food vendors, most specializing in one area – produce, cheeses, meat, etc. We made our way to the meat vendor, and saw this: 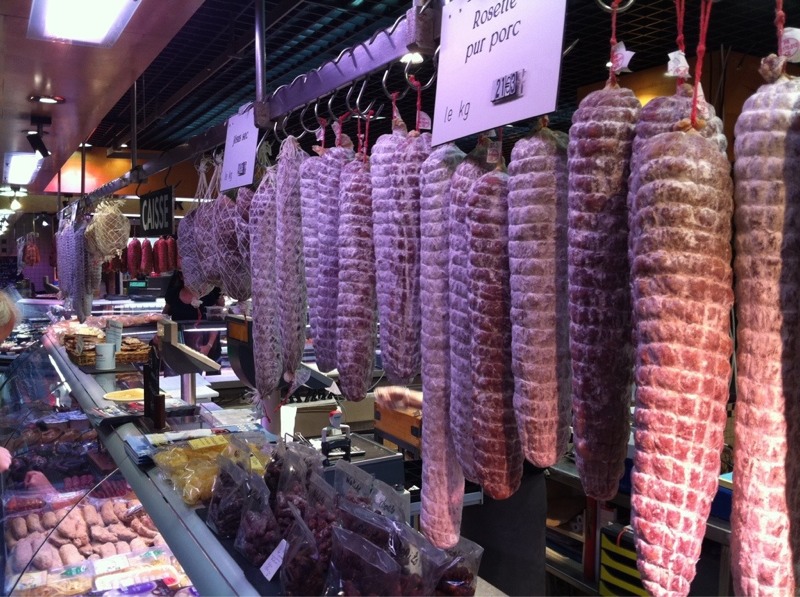 mass quantities of charcuterie. Some regional favorites include Rosette, Jesus Sec, and Saucission Lyon, so we bought a little of each. At the cheese stall, we saw this: 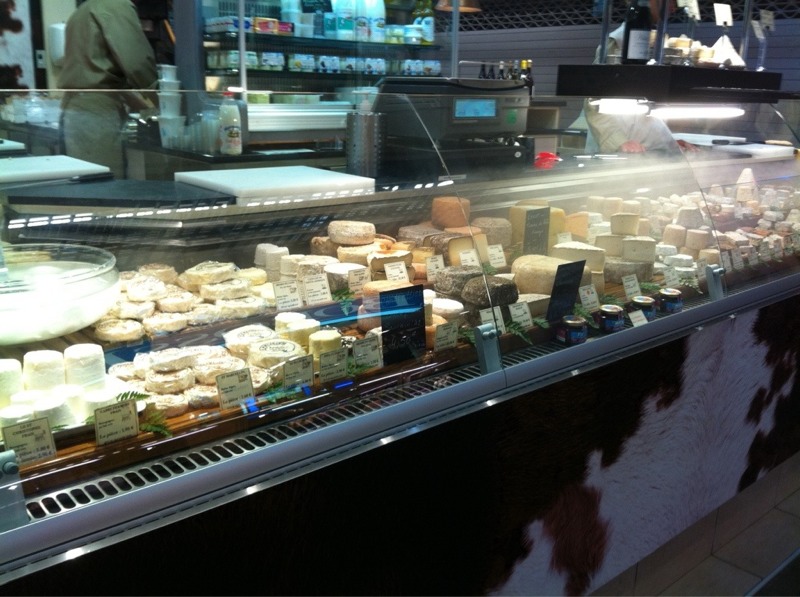 It also looked good, so we bought some Tarentais (a type of goat cheese), Pave du Nord, and Comte (both from cow’s milk). Then, we left town for another business appointment in Germany with these products in tow. While on the train, another colleague, Carlos, pulled the Pawkit out and his bag and we started taking readings. The Pawkit (a battery-operated water activity meter) isn’t that accurate compared to our benchtop Aqualab 4TE, but it’s good enough to know about where our samples fall. Here are the results:

All were rather high, which isn’t surprising. The Rosette, which looked like this: 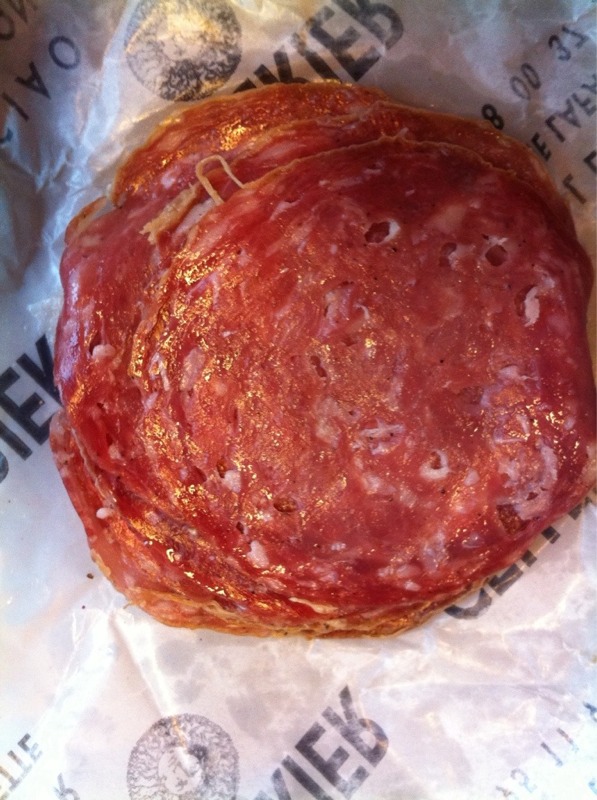 showed a particularly high water activity level. After being cut, it won’t be safe to store this product at room temperature. The Jesus Sec: 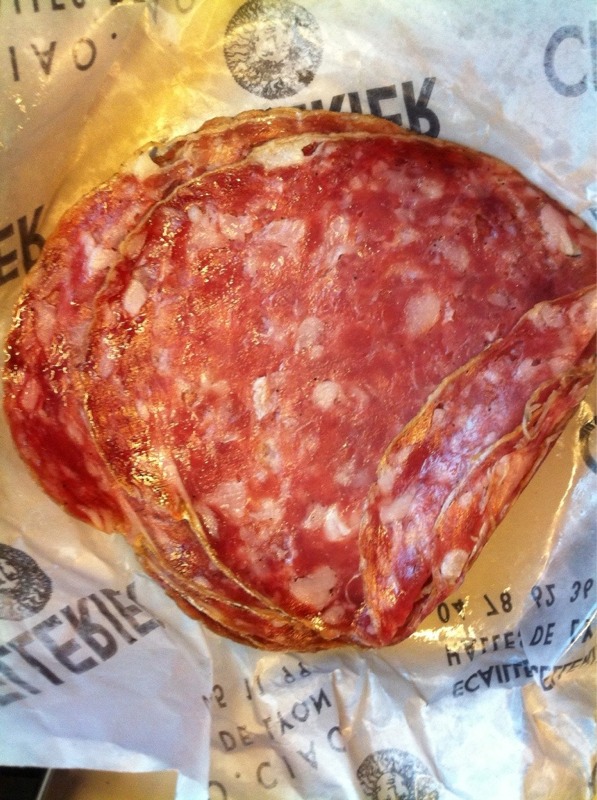 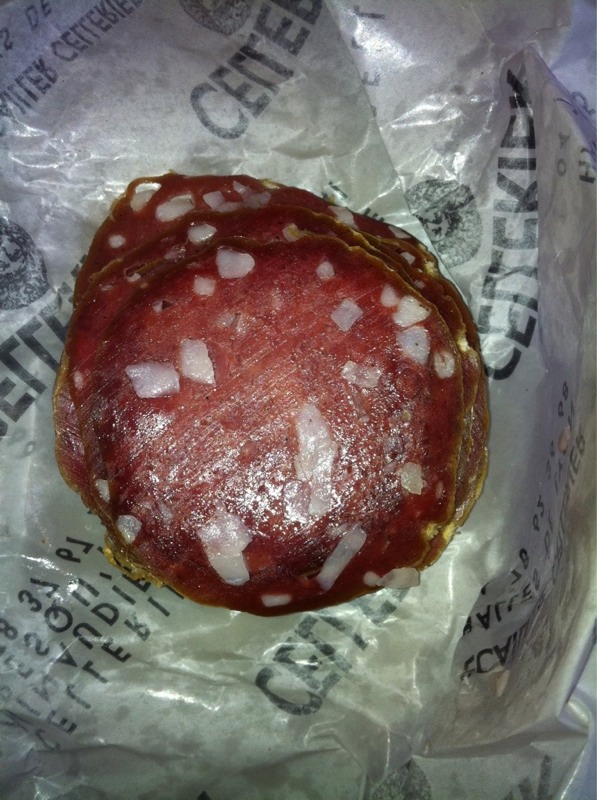 tasted much saltier than the Rosette, which may account for the difference in water activity (salt is the best reducer of water activity). The Rosette was my favorite, though. I didn’t taste much in the way of acid from fermentation, making me wonder if any of these sausages are fermented, or if they are just salted and dried. The Saucission Lyon is made of both pork and beef, and was the saltiest of all the varieties we tasted.

Like the sausage, the cheese was delicious. We started with the Tartenais – 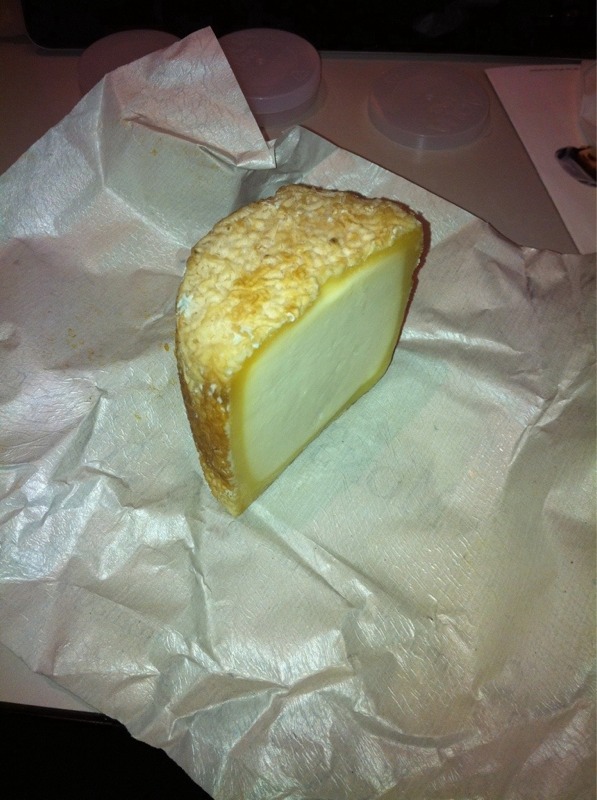 not sure if the name is a coincidence, but it was tart, rich and creamy. Seemed almost dessert-like, but without any sweetness. Pave du Nord: 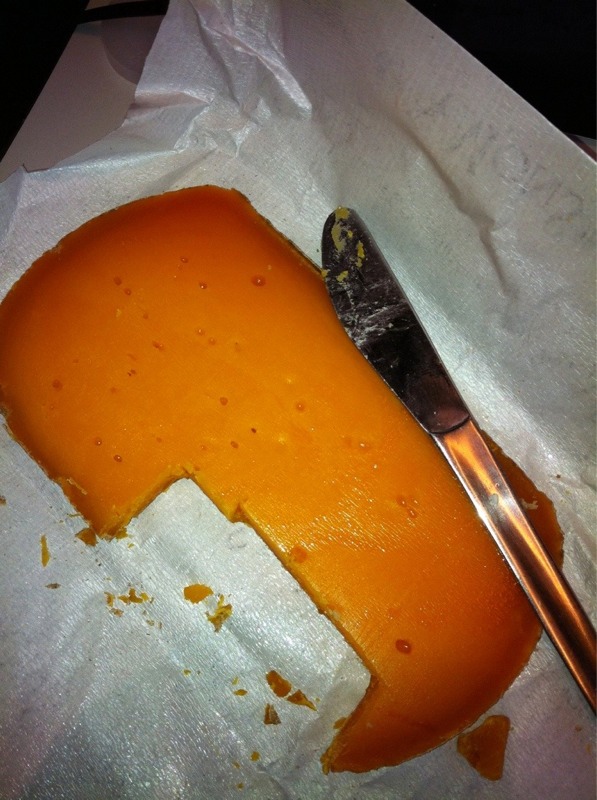 has a mild bitterness that was pleasing, but I didn’t like it as much as the Tartenais. The Comte: 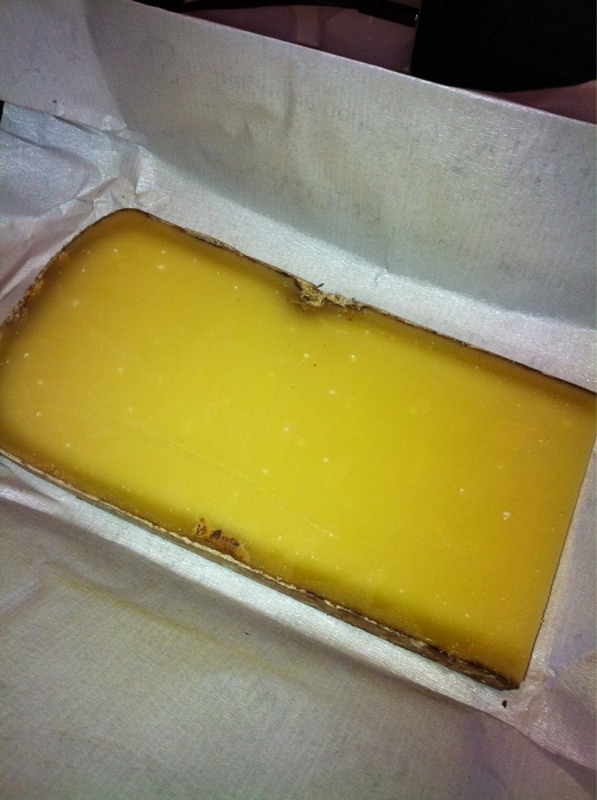 sported a crumbly mouth feel consistent with its lower water activity and advanced age (2+ years). Its sharpness reminded me of strong Parmesan or Swiss cheese, and it also was very good. We hope to share an update from Italy. In the meantime, we’ll keep wondering if we now hold the record for the fastest (300 km/h) water activity reading ever made.