When I got back to the office, my colleague Ping had faithfully taken water activity readings while I was gone. I’ll post the fridge humidities later, but everything had dried out considerably. Most notably, the Landjager was hard as a rock, and certainly done. It looked something like this: 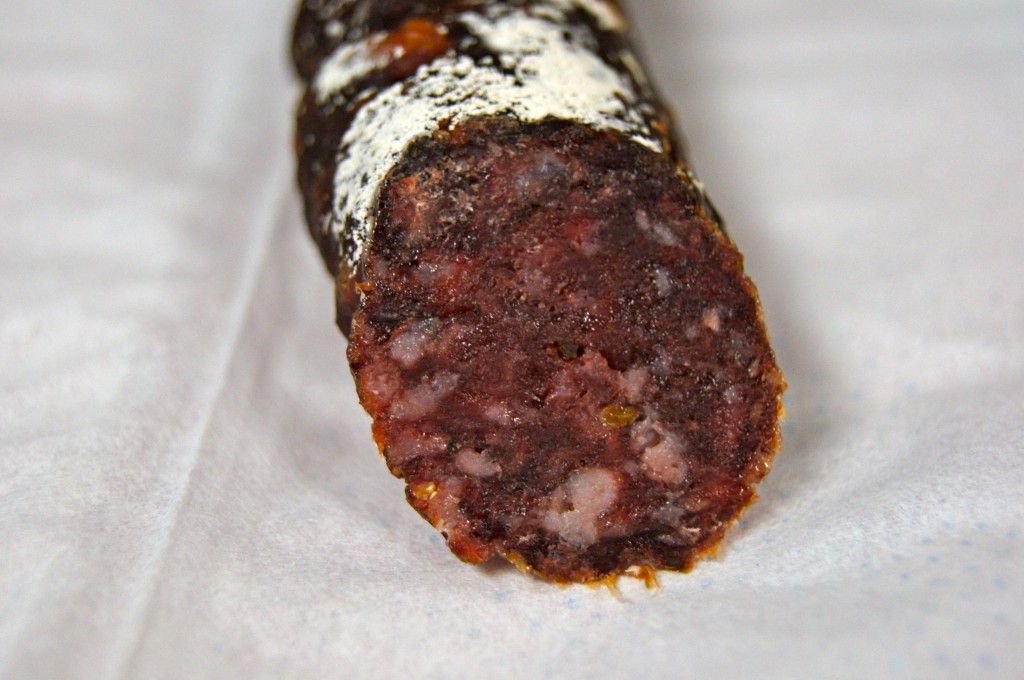 The water activity of the sausage was 0.777 aw, so this has crossed into the “really dry” range. The confusing thing to me is how much faster this dried than the Soppressata, which is still at a water activity of 0.83 or so. The Soppressata is also still soft and doesn’t cut nicely yet. I think the problem with the Soppressata might still be the smeared fat when the temp was too high during stuffing. This could be preventing the water in the lean portion from diffusing as nicely, thus slowing down the drying process.

Anyway, the Landjager tastes great – something like a nice beef jerky, with tanginess and authentic smoke. Everyone that eats it likes it, including me. I prefer most foods (licorice, raisins, jerky) to be dried out and hard rather than plump, so this stuff didn’t disappoint.