The flavor of the prosciutto is rich and salty.  The water activity is clearly in the safe zone, so I tasted the samples after testing them.  I wasn’t at all disappointed.  It tastes a lot like ham (surprise) but with a warmer, richer flavor.  I’m expecting the weight to eventually decrease by 5 more pounds, however, so I anticipate the flavor to become more concentrated over the months to come.  It’s already plenty salty so the initial salt cure must have penetrated to the center of the ham.  Now, as the moisture content decreases, the saltiness will become more concentrated.

The humidity did jump up to 86% for a very short time on July 26th, but since July 27th the humidity has mostly stayed in the lower 70 percentile. So, why would the water activity close to the surface of the ham (red line below) be climbing? 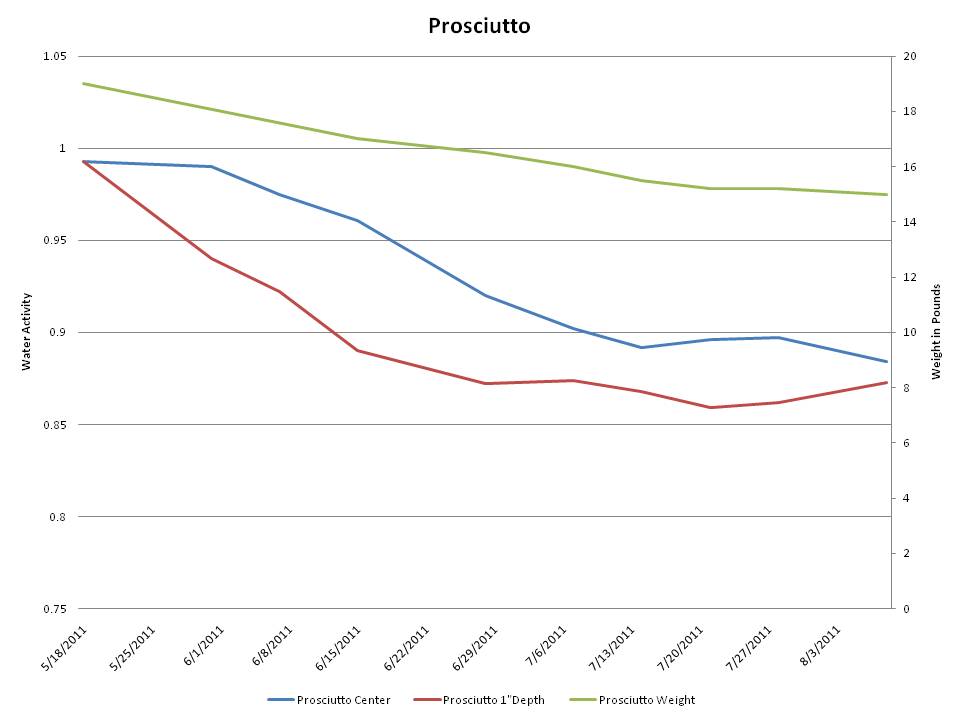 The molasses ham, on the other hand, continues to steadily decrease in water activity.  You can see on the graph below that the lines (after mid June) are very consistent. 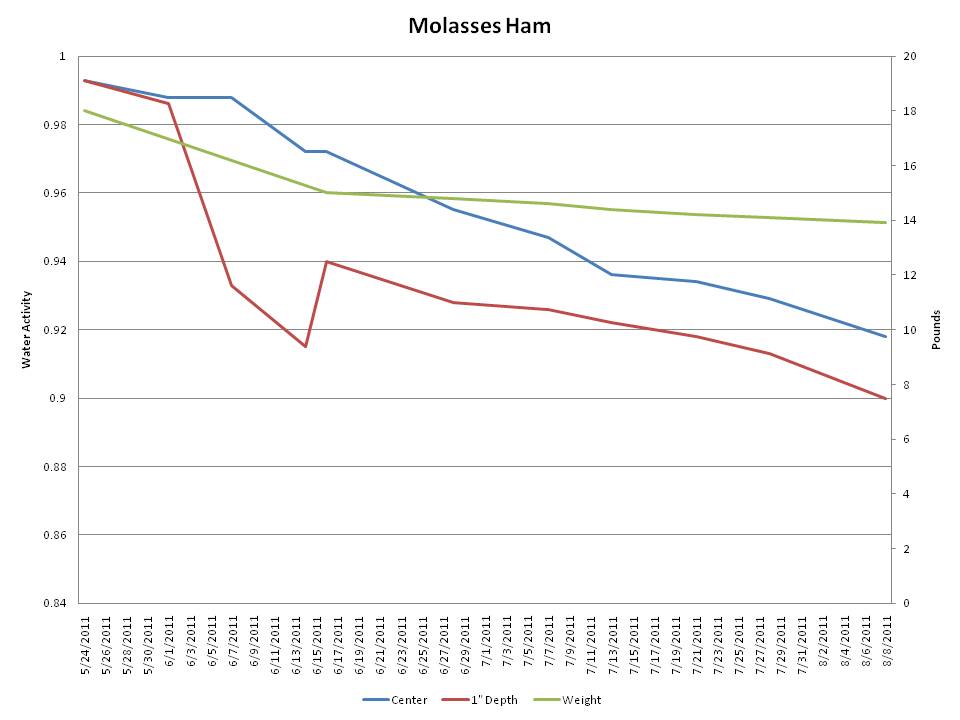 The prosciutto has been coated in lard and cracked pepper, then wrapped in cheese cloth.  Perhaps the lard is holding moisture in the ham rather than letting it escape.  If so, the water activity within ham will eventually come to equilibrium and the two lines will converge (which they appear to be doing).  But, it may also be a matter of sample inconsistency as the sample is taken from a slightly different place in the ham each week, or possibly even sampling error.

The weight is continuing to drop, though, for both hams, so overall moisture loss is happening, albeit slowly – a very good sign.