Just three months after starting the dry cured ham project, the molasses ham is done. The water activity of the center of the ham is clearly in the safe zone at 0.907aw while closer to the exterior the water activity is down to 0.893.

So, I went to the grocery store and picked up some cheese, crackers, and apples to serve with the thin sliced cured ham. 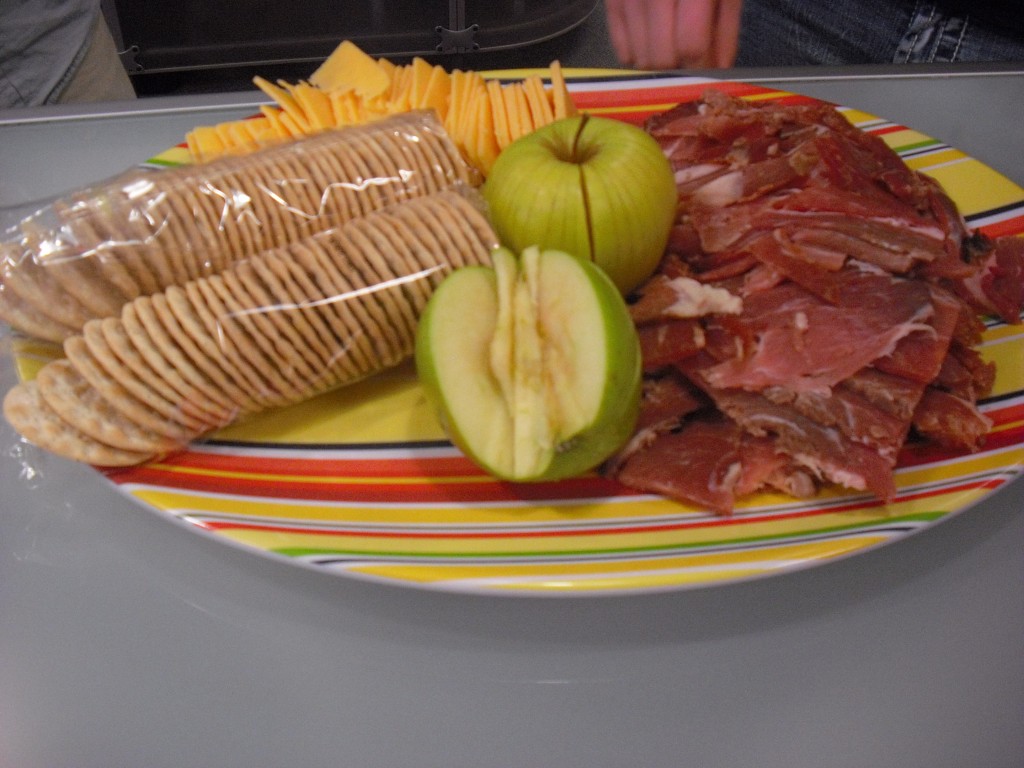 Here’s a picture of the ham before it was sliced. 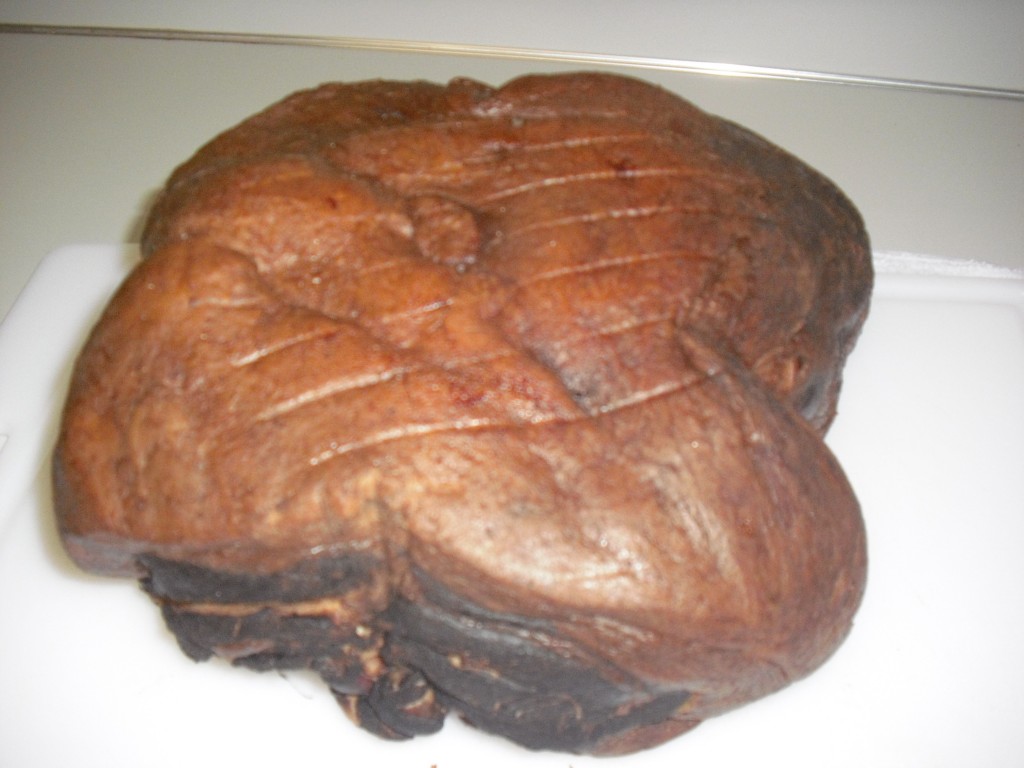 Notice the tough leathery exterior, but the cross section pic below looks much more appetizing. 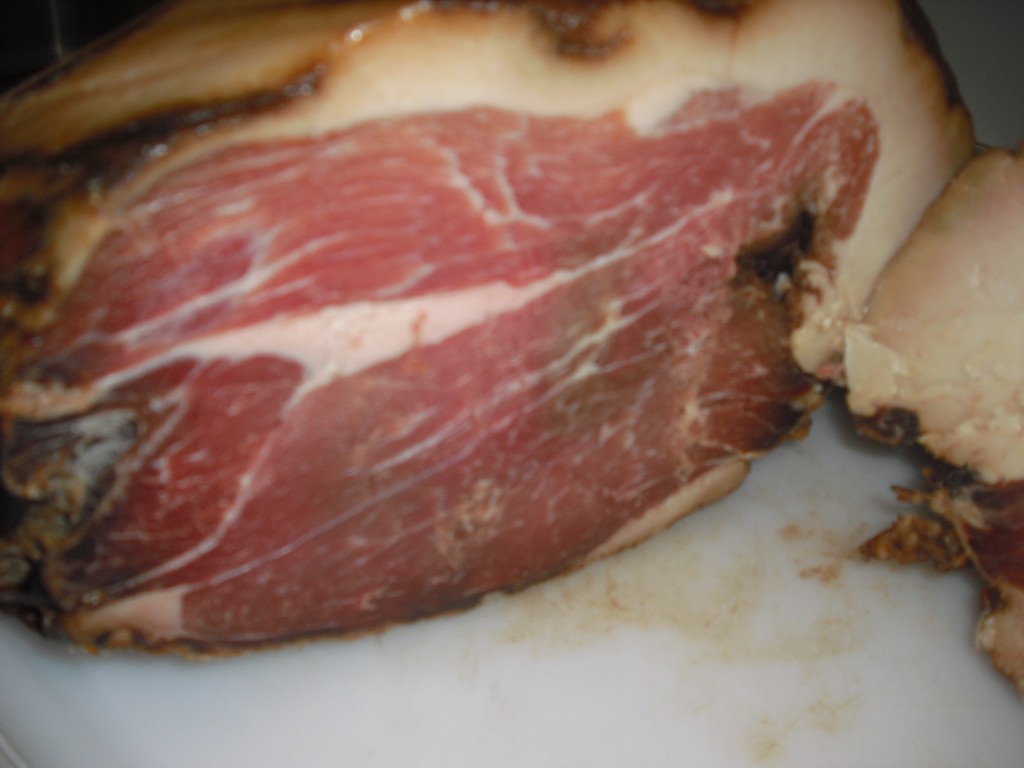 And, the crew at METER seemed to love it.  After removing the outer skin, the meat inside was pink but still carried the hint of smoke. The flavor of molasses was very subtle, but the reports from my cohorts were very favorable. 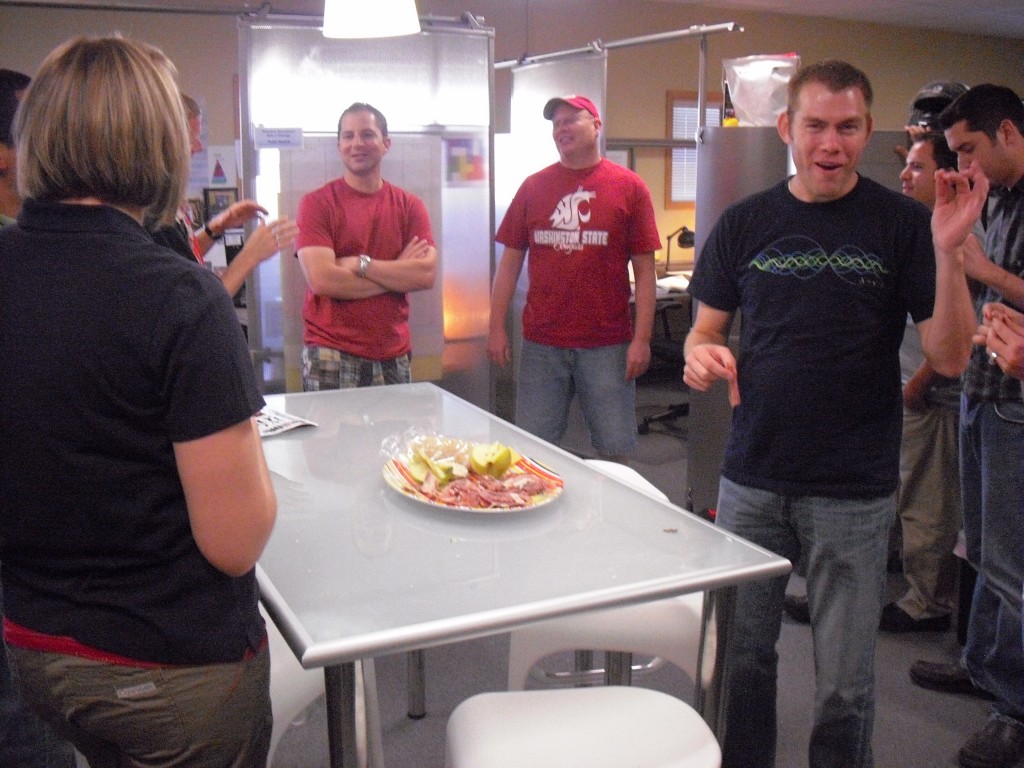