Now that we’ve enjoyed snacking on the molasses ham, let’s take a look at the ham’s progress over time. 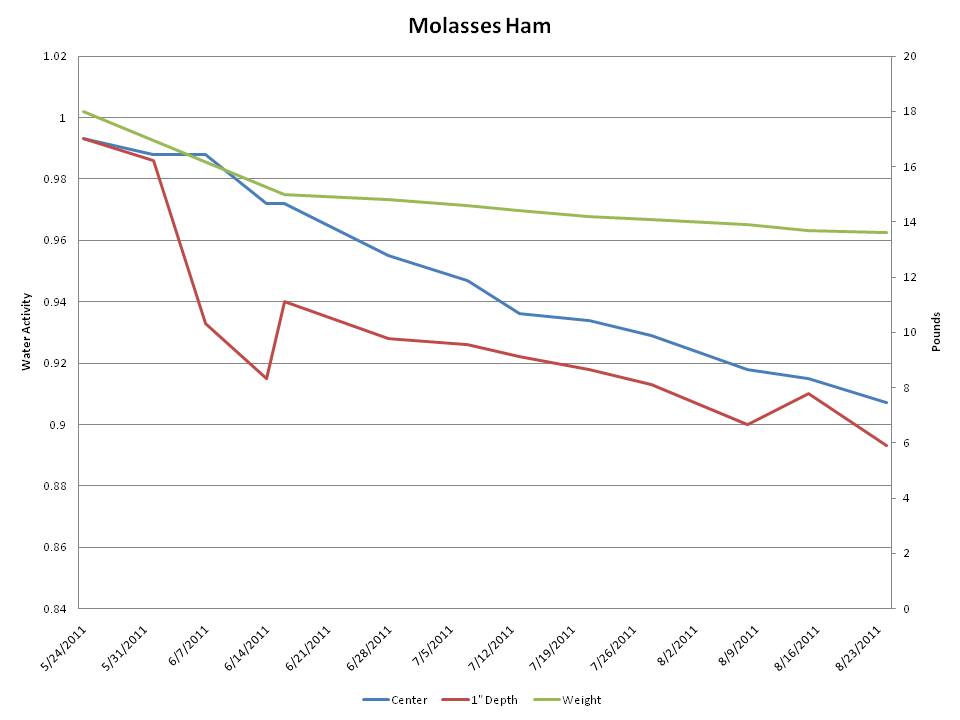 The prosciutto on the other hand is a little less predictable. 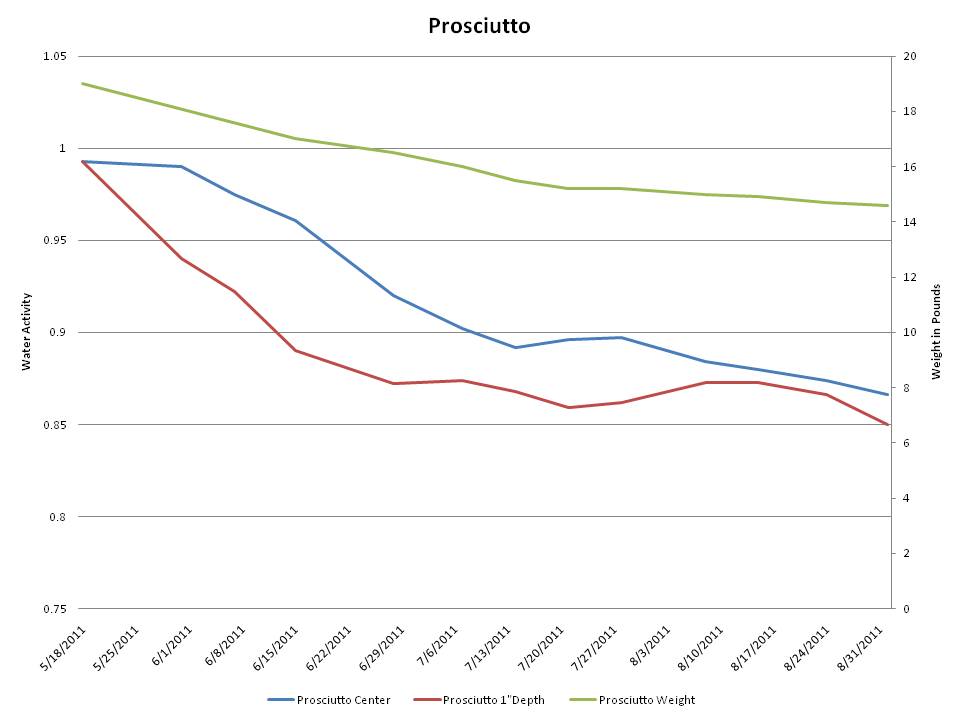 The weight loss is shown by a more even curve from start to finish, slowly decelerating.  Over all the water activity both in the center of the ham and at a 1″ depth are decreasing, but there’s been some up and down movement throughout the process.  In the beginning, the water activity of the prosciutto decreased at a faster rate than the molasses ham, and so from the first week the prosciutto has maintained a water activity lower than the molasses ham.  The prosciutto will continue to dry until it reaches half of its original weight.  It started at nineteen pounds and now it’s nearly down to 14, so just 5 lbs to go.  At it’s current rate, that’s about say –  10 more months.

The humidity and temperature of the fridge where the hams have been hanging is charted below.

Even though we’ve seen a lot of variation in the humidity, the hams have been drying pretty well.  According to the recipe, 60% to 70% humidity is idyllic.   We’re hovering in that range most of the time, but you can see there were times that we dipped below 50% and there are some sharp jumps to 80% (after water was added to the fridge).    Despite the inconsistancies in the humidity, judging from the way the molasses ham turned out, the drying of the hams has been a success.

Next we’ll make more sausages – and in the same fridge.  Leading to the next question – will adding the sausages to the fridge effect the progress of the prosciutto?  Let’s see.