Bacon, the staple breakfast food of the USA, is layered with delicious fat from the belly of the pig. If you were raised in a like manor to my childhood, in a time before the obesity epidemic and before we as a population concocted a new fad diet each year, your parents likely used the liquefied reserve bacon fat for frying eggs and potatoes.  I’m still nostalgic for the smell of bacon fat drenched hash browns.  And, though those childhood memories have been on my mind, this week I’ve been making a different kind of bacon – a lean bacon.

The bacon I’ve been working on is made from the back of the pig – a very lean cut loin that is brined and then smoked – what we in the US call Canadian bacon.   Unlike traditional belly bacon, the lean muscle is first removed from its fatty exterior.  See the before and after pictures of a locally butchered loin.

Above is the whole loin.  Below is the loin with the extra back fat and less lean meat removed.  The lean loin is on the right. 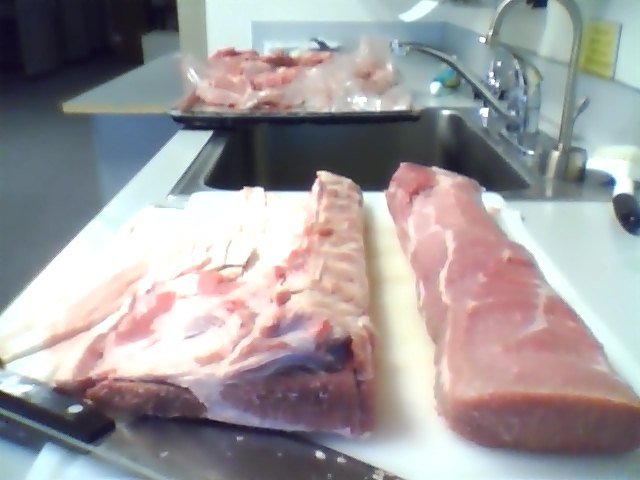 Continuing our quest to compare locally grown and butchered pork to that from the grocery store, I purchased a loin from Walmart.  The difference in quality was apparent right out of the package.  The Walmart loin was slick, kinda slimy, and lacked the luster of fresh meat.  The local loin was marbled with tiny webs of fat and the pink color was lustrous while the Walmart loin (below) was pale, almost grayish, and even toned, with very little marbling. 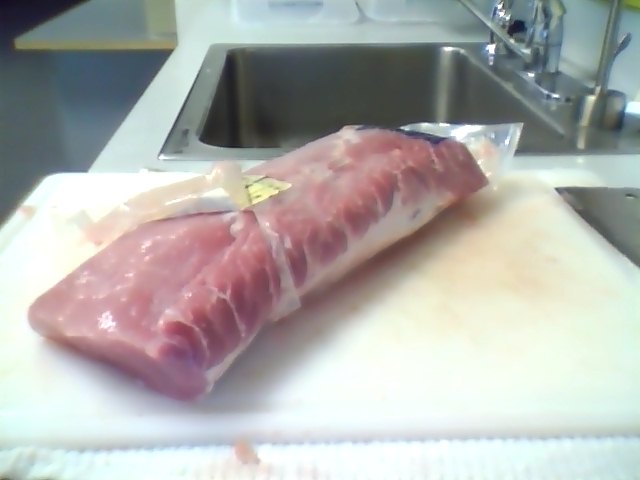 For comparison’s sake, I’m also trying two recipes.  One calls for a brine that is simmered with herbs, garlic, and sugar.   The chilled brine then baths the loin for 48 hours before the loin is smoked.  The picture below depicts one local loin and one store bought loin soaking in the herb laced brine. 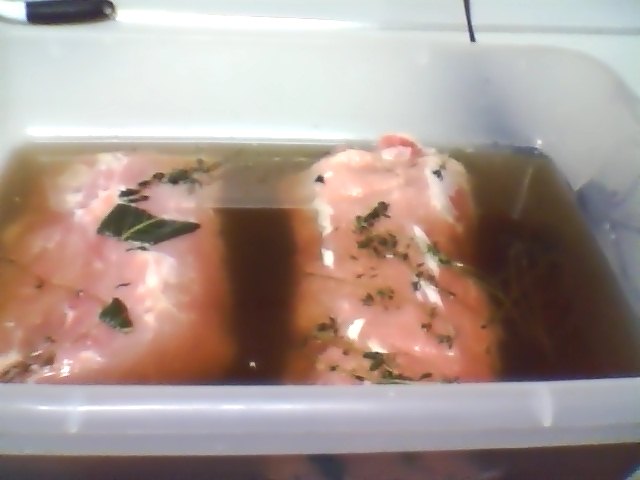 After two days the loin is drained on a wrack in the fridge for 12 to 24 hours and then hot smoked.

The 2nd recipe calls for a simple salt brine mixed cold.  The loins soak in the brine for 4 to 6 days prier to being smoked.  I’m anxious to see how they all turn out.