A Look at Water Activity

We’ve been working on three projects recently–the ongoing drying of prosciutto, the Canadian bacon comparison, and the salami comparison.

The prosciutto continues it’s snails pace. With a goal of 9.5lbs, it still has more than 4 lbs to loose. The water activity continues to very slowly decrease while the weight continues its steady decline. 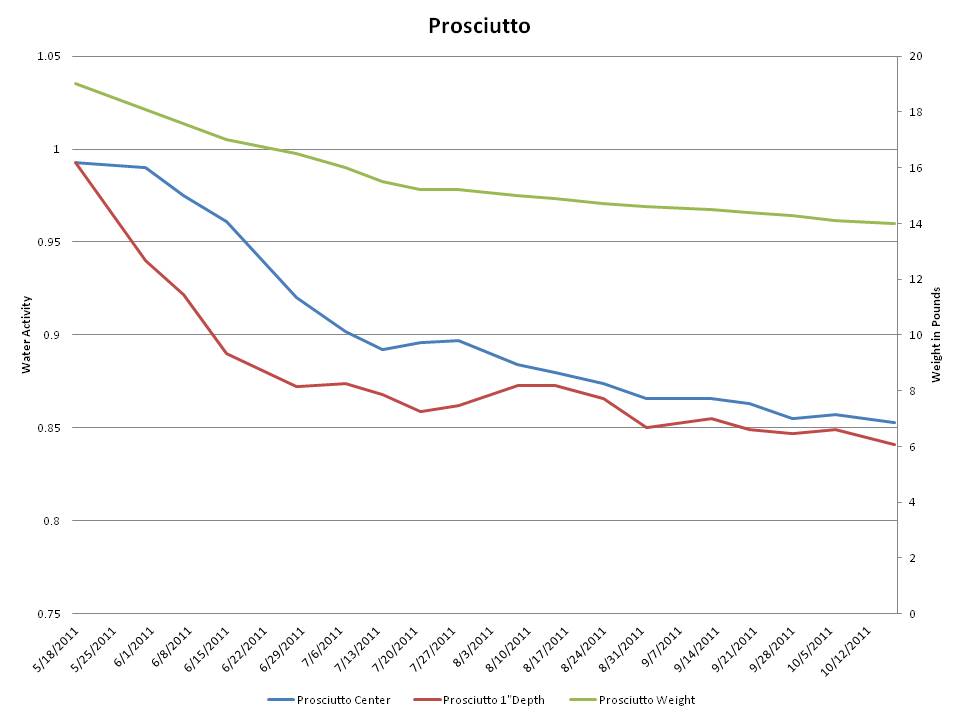 The Canadian bacon comparison is interesting. As you’ve read in earlier posts, we made 4 types of Canadian bacon. There were two recipes, one herb brined and hot smoked, the other with a simple salt brine and slow smoked. Each of the recipes were made with both a locally grown pork loin and a loin from Walmart. The results are as follows. 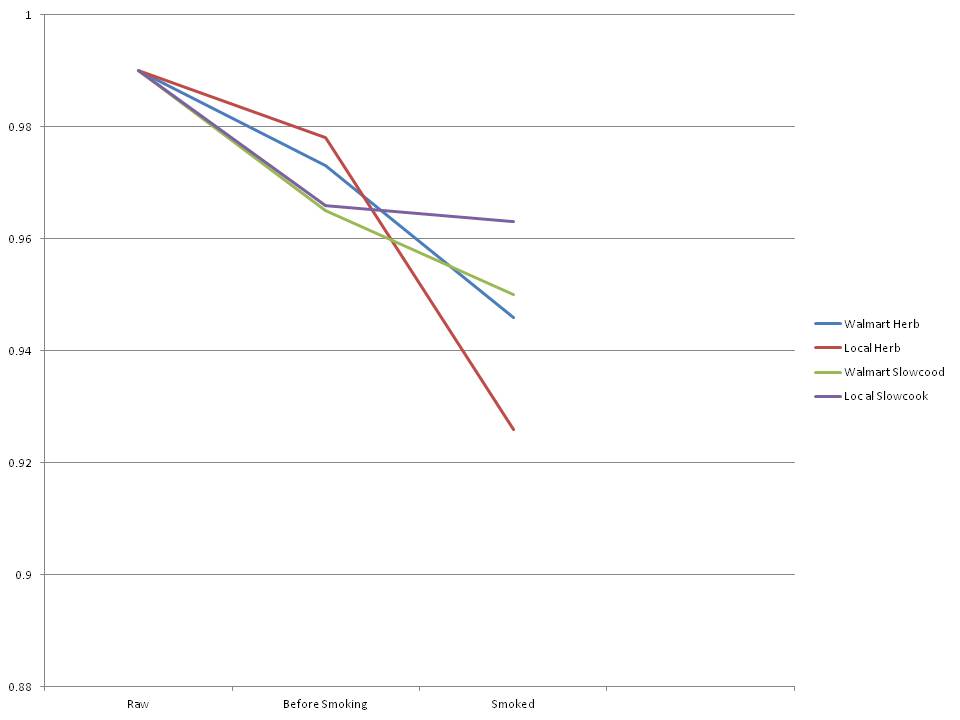 Notice the oddities in the graph. The herb brined fast smoked loins decreased in water activity less during the brining and much more during the smoking. This makes sense because the loins bathed in the herb brine for only two days, while the other recipe called for 5 days of brining. Also, the herb brined loins were hot smoked without any casing while the slow smoked loins were encased in cow intestine. It seems logical that the casing would help keep moisture in the loin during the smoking process. It’s hard to say, though, why the end resolts varied as much as they did. Perhaps it was because of differing loin sizes – or maybe we are seeing natural variation within each loin, and it’s just a matter of where in the loin the sample was taken for testing.  One important note, which doesn’t show on the graph, is that the pre-made store bought Canadian bacon had water activity of 0.954 – very similar to the Canadian bacon we made here.

We’ve also made some sausages for comparison sake. Two recipes for salami and one recipe for sausisson sec. Again, each recipe was made with locally grown pork and with store bought pork.  We also compared a pre-made store bought (Gallo brand) Salami.  Here are the water activity results. 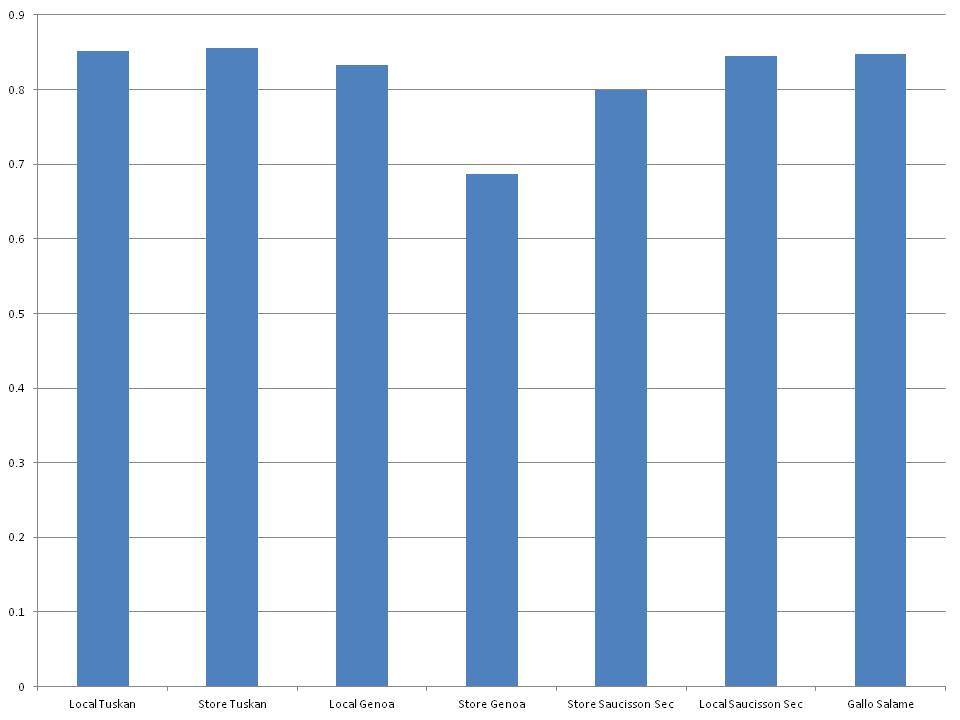 All of the sausages had similar water activity readings accept for the Genoa Salami made with store bought pork. This salami was actually put into a very small casing, so it was a much thinner Salami and undoubtedly it dried much faster.