The moment we’ve all been waiting for arrived last Friday when twenty or so workers here sat down to sample a literal smorgasbord of sausages. 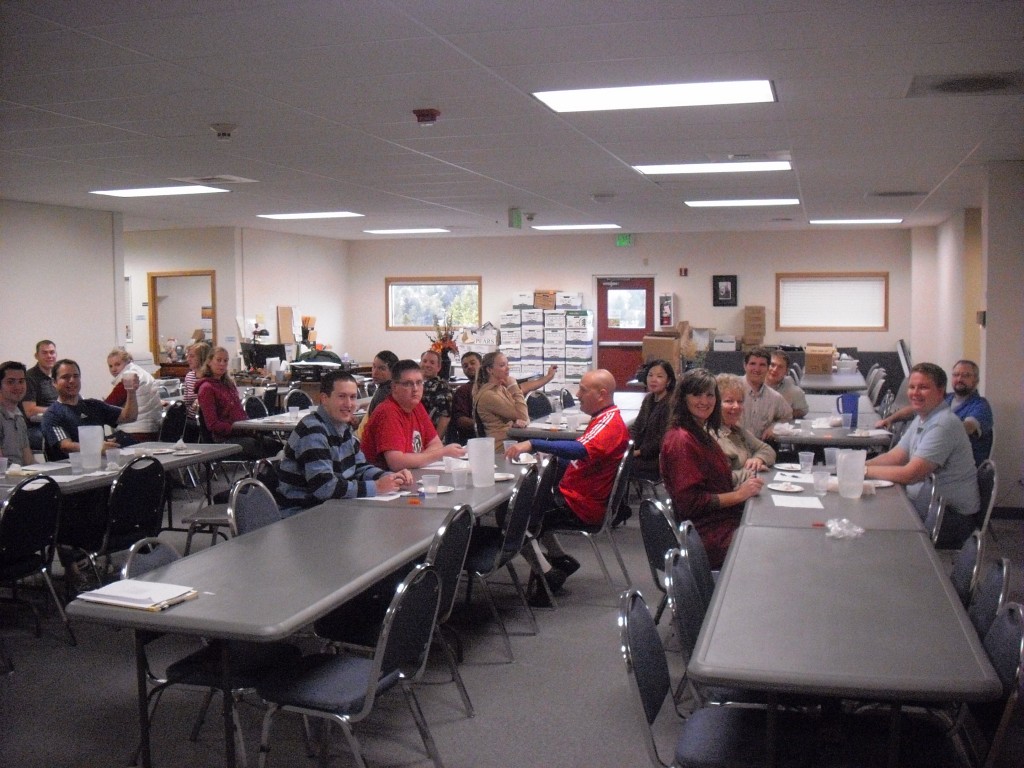 In all, we tested 7 different kinds of sausage. You’ll remember from John’s post that the 7 types were: 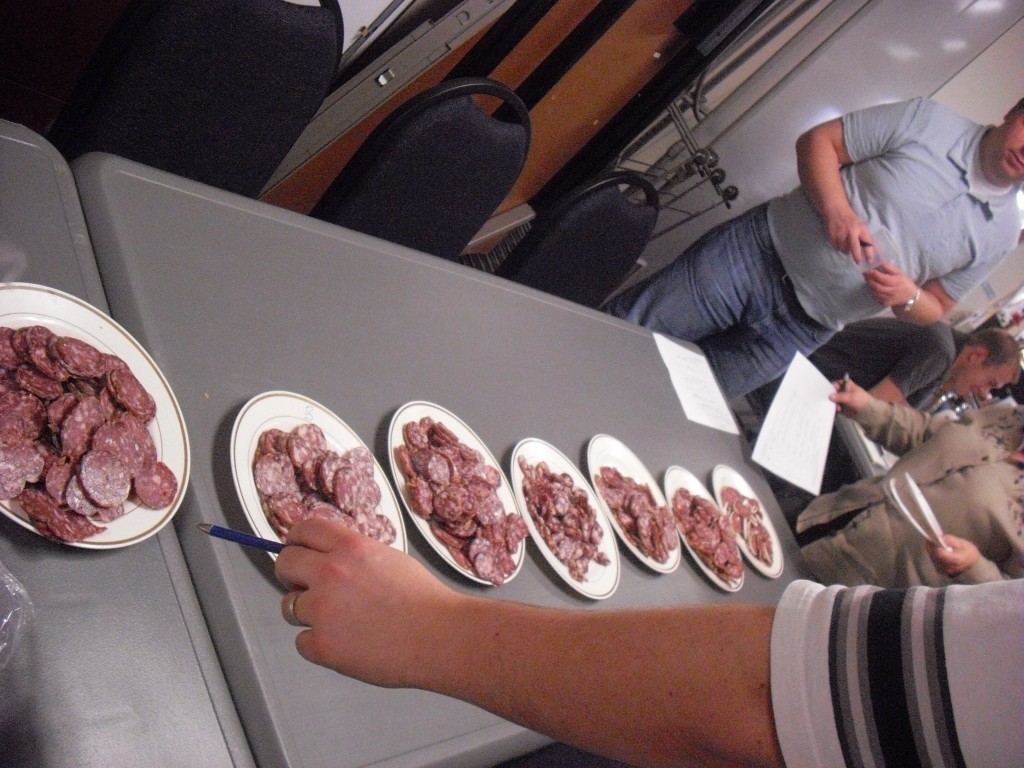 Scores were as follows: 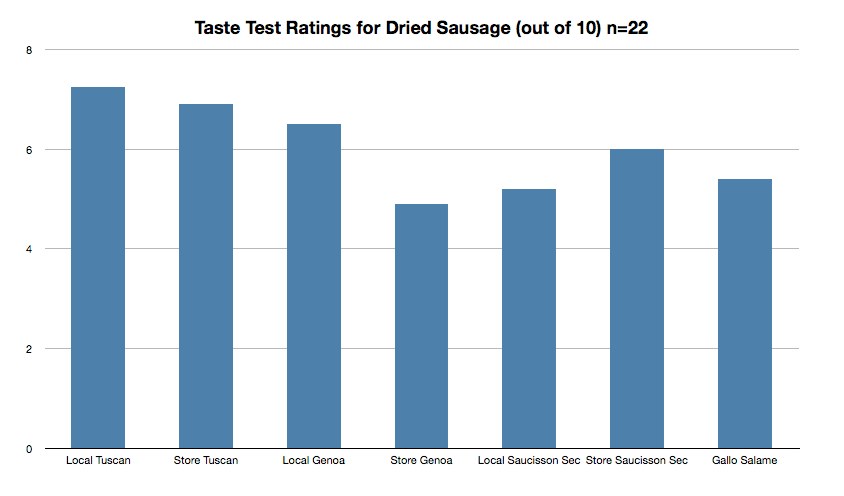 A couple of observations – local tuscan and local genoa both beat their store-bought siblings.  This seems to support the idea that there’s something better about “local” (i.e. non-mass produced) pork.  However, on the one product where Ruhlman said the difference would be most noticeable, the opposite happened – namely, people preferred the store-bought Saucisson Sec.

Another finding: store-bought sausage (Gallo Salame) actually beat two other varieties in our test.  The difference between local Saucisson Sec and Gallo is likely not statistically significant, but it was not as much of a push-over as the store-bought canadian bacon.  In the end, though, the Gallo was no match for our favorite variety, the local Tuscan Salami.

Recipe-wise we can call the 2nd contest in a row for Ruhlman’s recipe from Charcuterie. It beat back the challenge from Rytek Kutas’ Genoa Salami.  The Saucisson Sec recipe was from Ruhlman, and it didn’t fare as well.

My own reaction to the taste test differed from many of my colleagues.  Although the Gallo came though with a respectable score, I gave it a “3” for its rubbery texture and monotonous flavor.  Reminded me of a hot dog.  I agree with the larger group, though, that the local Tuscan was the best – I gave it a “10”.  It tasted complex, rich, and well-balanced.  I’m not sure why people didn’t much like the Saucisson Sec.  I love the simplicity, and gave the store-bought variety a “9”, but most others weren’t as impressed.  The diversity of opinion still surprises me – one person gave the Gallo an “8”, while scoring our winner a “3”.  Just goes to show that behind most products you see on the shelf, there’s a segment of loyal buyers.