So there I was, innocently slicing up some of the salami that we made during our most recent cycle.  All of a sudden, I began to see large air pockets inside the sausage: 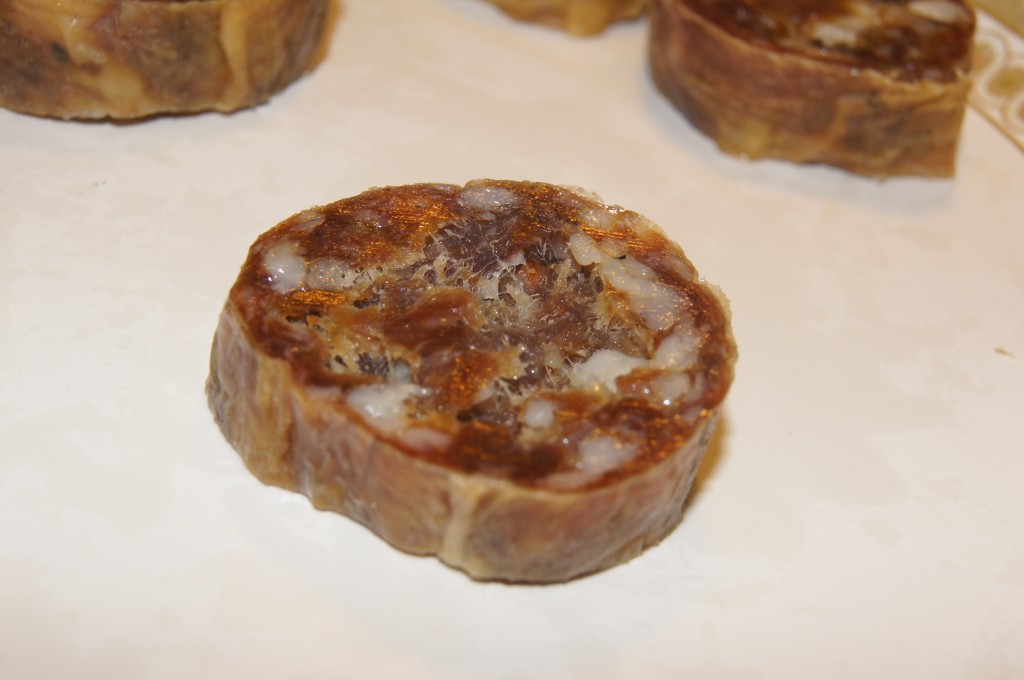 Pretty soon, these air pockets started to show up filled with mold: 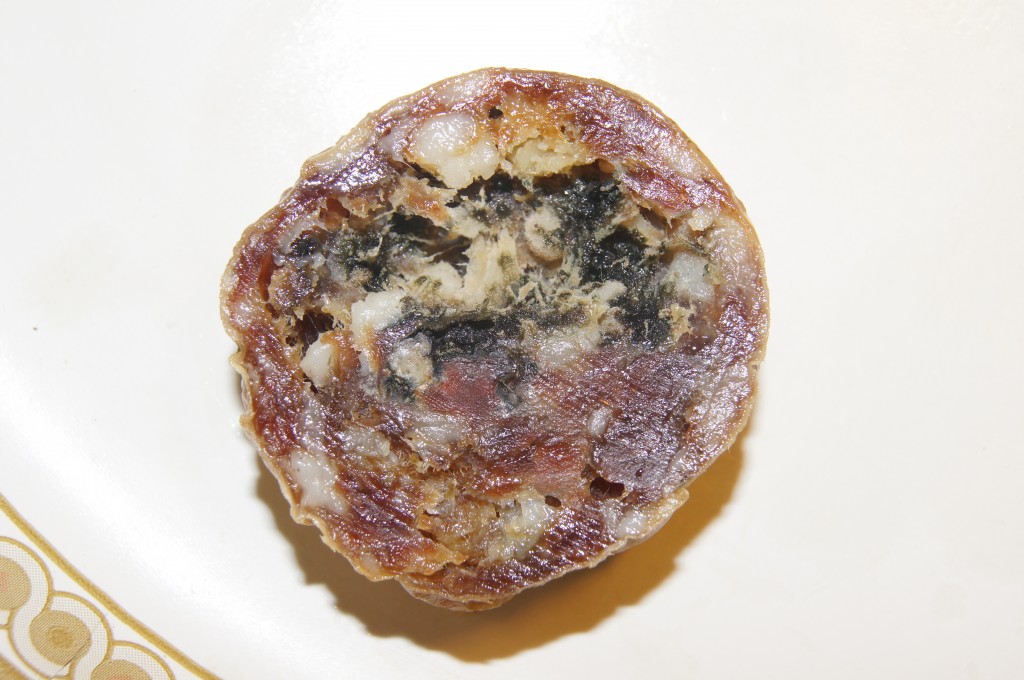 Not too appetizing, to say the least.  So what happened?  I think there are two problems.  The first is that we hand-mixed the sausage before stuffing it into the casings.  I could be wrong, but I think that instead of smushing everything together into a homogeneous ball, the hand mixing probably left large air pockets throughout.  When mixing with a Kitchenaid, the entire mixture eventually gets sticky and is somewhat cohesive.  The other problem is that some of these air pockets undoubtedly contained mold spores, and enough oxygen to support a small amount of growth.  Note that the mold, once deprived of oxygen, stopped growing, but the water activity of the interior of the sausage was certainly high enough to support growth for a time.

There was only one sausage that fell prey to the internal mold problem.  I thought it was of dubious quality throughout the drying process, because the other sausages hardened up, but it still felt squishy even after 3 weeks.

The other problem we’ve seen is a lack of consistency in the texture of the hand-mixed sausages.  While the machine-mixed tuscan salami we made at first showed good definition, the ones we made this time had many large clumps of fat – too large to be dismissed as enhancing the product’s “rustic charm”.  I think we’ll start another batch of dry cured sausages soon, but this time, we’ll use the kitchenaid.