The salmon has been soaking for 3 days now, so I got it out and washed it off, although some fennel seeds refused to leave: 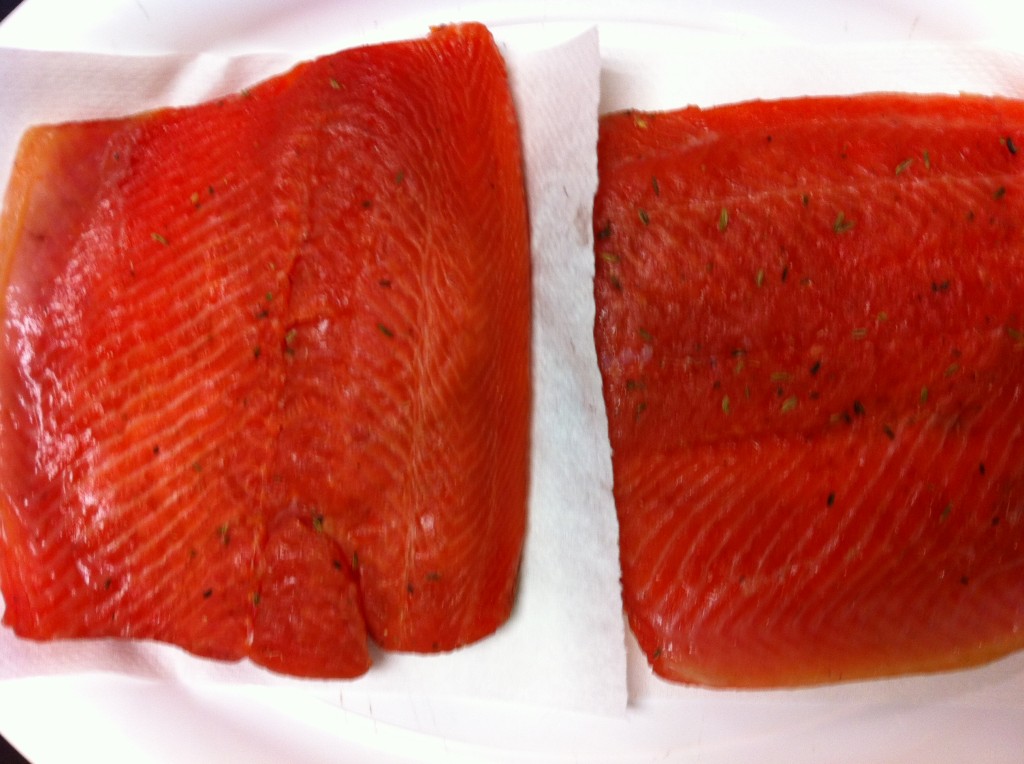 The photos recently haven’t been very good – I promise to improve on future posts.  Anyway, the salmon had turned a deeper orange/red during the cure.   I measured water activity on the salmon from two spots: the edge and a center cut from the middle.  I assumed they would both be high in water activity.  They were, but they were both surprisingly low for a product that still feels wet: 0.918 for the center, and 0.905 for the edge.  Both in a range that still requires refrigeration, but both much lower than the starting point of 0.99 or so.

I was interested to see that the salt diffused so easily to the center of the fish fillet – the appearance of this piece was much closer to fresh salmon than the piece on the edge.  The edge piece appeared much more leather and translucent.  Perhaps that’s the effect of the sugar in the cure, rather than the salt.  As a smaller molecule, I’d assume it’s better at diffusing than sugar, and we know it’s better at lowering water activity.  Tomorrow, we’ll probably eat the salmon, and I’ll get some comments on how it tastes.