A couple of colleagues and I traveled to Japan last week to meet with a distributor that sells our company’s products over there.   Unsurprisingly, the earthquake and tsunami disaster of last year are reprogramming the way ordinary citizens live their lives.  Emergency preparedness, already a priority before the earthquake, now ranks top-of-mind, a fact on display in a hardware store we visited that recently began selling 7 different types of gas-powered generators.  Which brings me to canned bread: an old concept enjoying a resurgence of demand in Japan. 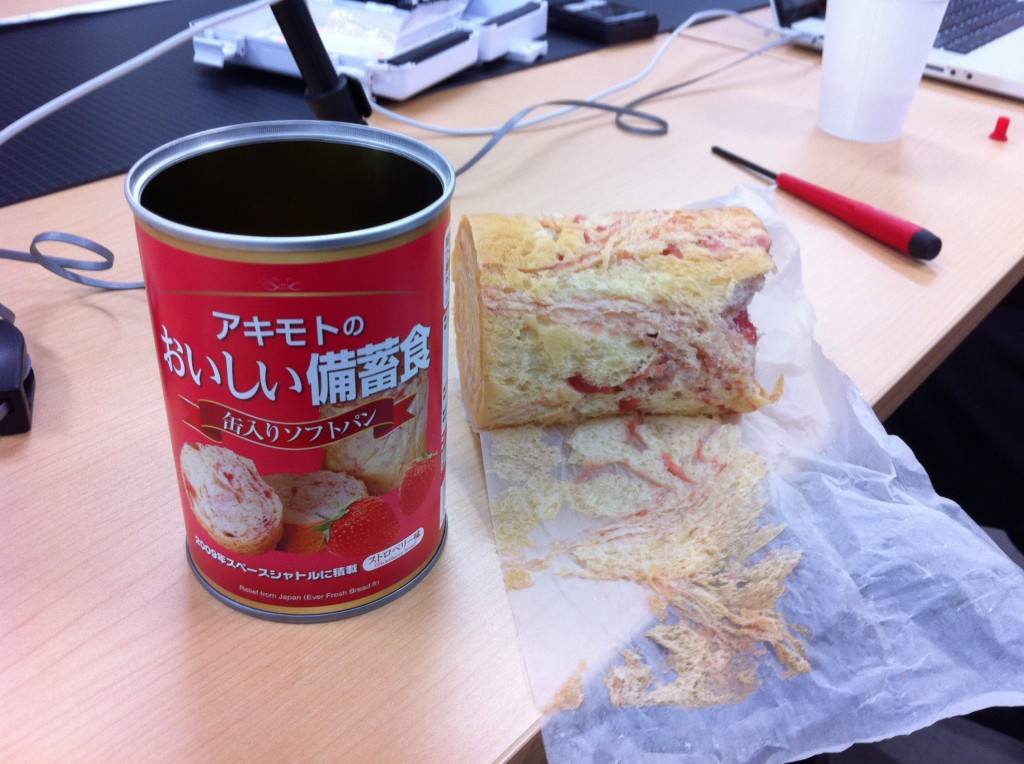 This is a strawberry-flavored bread baked inside a paper sleeve.  Once removed from the pop-top aluminum can, the cylinder of bread can then be sliced and enjoyed.  Shelf life?  5 years.  As a source of calories during a disaster, this probably isn’t the best solution.  But as a snack of soft, sweet bread when baking is out of the question, it would perform very well.  In spite of the preservatives that give the bread its impressive shelf life, the product itself tasted just like what it claimed to be – strawberry flavored bread.  Its water activity was 0.93 – similar to un-canned bread and about where we would expect it to be.  Canned bread is available in the states (see this link to Amazon), although the stuff we ate in Japan probably tastes a little bit better.