Living in a small town has its benefits. Not fighting with traffic (most of the time), low crime, good schools and having a quiet neighborhood are among them, but the acquisition of specialty foods, including cured meats, isn’t. That’s one good argument for making your own store of preserved proteins.

My recent trip to Toronto led me to a downtown super market with this large collection of prosciutto. 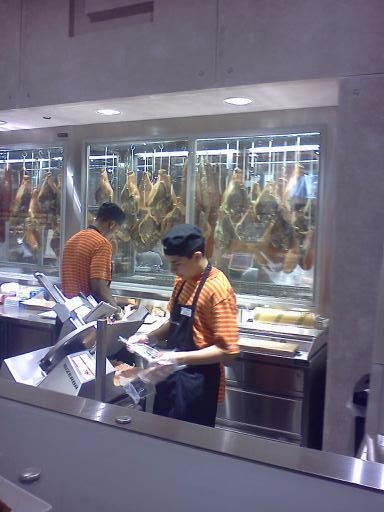 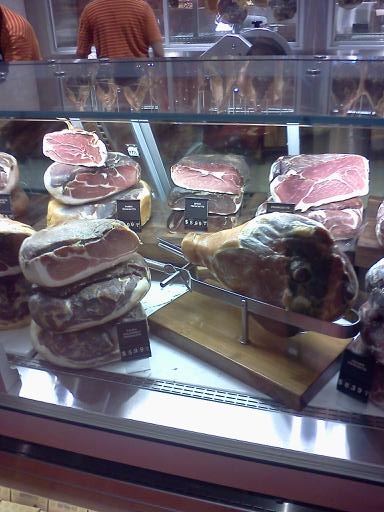 A seemingly unending supply of hams hanging at your beckoned call.  Or, if you cure the ham yourself, you can wait out the months.

I started the project of making my own prosciutto nearly one year ago in May, not really comprehending at that time how long of a project it was going to be.  The process starts with salting the ham for about 3 weeks or until firm.  For one who has never done anything like this before, firm is relative, and being worried about microbial growth I wanted to keep the ham in the salt long enough to bring the water activity of the exterior of the ham down to a safe level.  Now, I wonder if I salted for too long.

Here’s a pic of the ham in the salt. 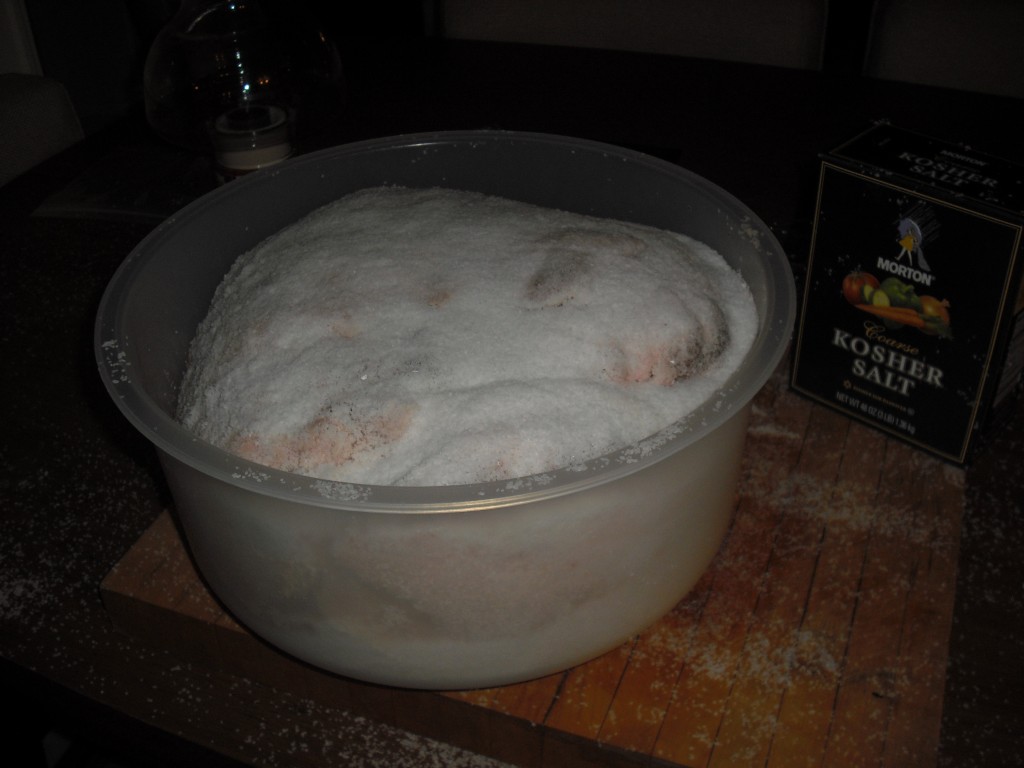 After salting, the ham was rinsed and hung to dry.  The recipe suggests drying for at least nine months or until the ham has lost half of its weight.   Ten months later, the ham had dropped from 19 lbs to 12 lbs, clearly not half its weight but my patience had run thin, so I declared it done.

During the process of drying, I tracked the water activity of the interior and the exterior of the ham along with the weight.  Here’s a graph of its change over time. 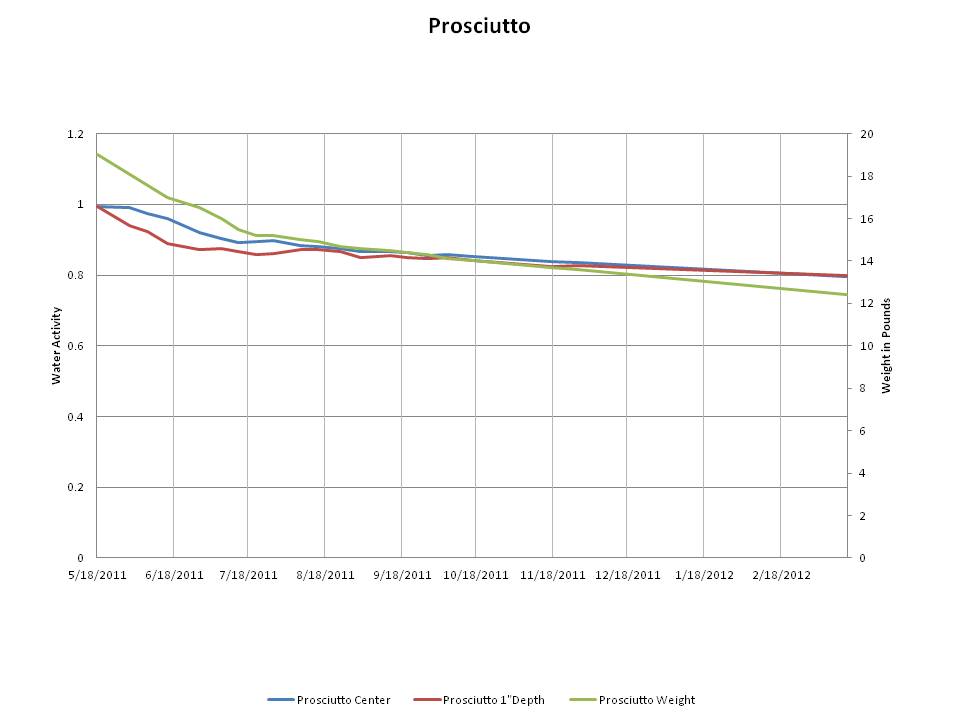 Notice that during and after the initial salting of the ham, the water activity level of the exterior and interior diverged significantly, then slowly converged over time.  Now they are essentially the same.  The weight decreased quickly during the first couple of months, and then decreased more but steadily.  The change in water activity flattened over time while the weight continued at a steady rate of decline for several months.

The final water activity of the Prosciutto was fairly low, at 0.80aw.  Interesting that the Prosciutto Di Parma I purchased (imported from Italy) had a water activity of 0.90 leading me to believe my prosciutto may have been over salted.  Tasting, the difference is clear – the Prosciutto Di Parma is smooth and mellow while mine, though very good, is clearly saltier.  Is it possible that it took me almost an entire year to realize I had messed up in the very first step?  Fortunately it isn’t too salty to enjoy.