Just one of those (surprising) things that gets sweeter with time

Yesterday afternoon we continued the saga of testing Grandma Zollinger’s old food storage. This time, however, I think the results were far more pleasing…and surprising. Yesterday we tested vanilla pudding, and I mean, who doesn’t like pudding? We even had an improved turnout this time with 16 participants (last week I had 12).

This week’s specimen was Boyd’s brand Vanilla Pudding and Pie Filling. The pudding mix came in a #10 can similar to the can that our 39-year-old stroganoff came out of last week. I haven’t been able to figure out an exact age on this product, but I’m estimating it has a similar vintage to the Mountain House product based on the exterior. The Boyd’s brand was one you cooked (pretty sure instant pudding is a more recent invention), so when finding a comparable product from today I simply purchased Jello-O Cook & Serve Vanilla Pudding & Pie Filling. 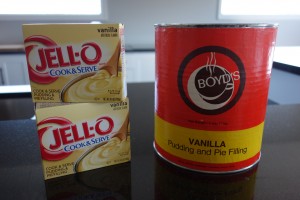 Upon opening the can of pudding mix, I was very surprised. Mind you, this product has been sealed tight for decades and was first opened by me with a can opener yesterday morning. I was expecting to find stale, clumpy powder. What I found though was a powder that didn’t look that funny at all. It was a bit pale but it didn’t smell funny either. It smelled kind of pleasant and sweet, actually. Aside from the paleness of the product you wouldn’t have guessed it was 30+ years old. In my opinion, Boyd’s did a great job of packaging this product. 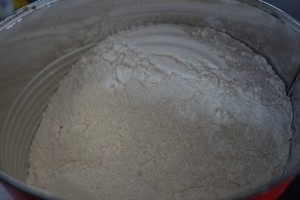 Next I opened the packet of new Cook & Serve pudding mix. I’ve made enough instant pudding in my life to know what to expect. Yellow-ish, somewhat sweet smelling powder (the bag smelled a bit funny, but not bad). Nothing surprising. 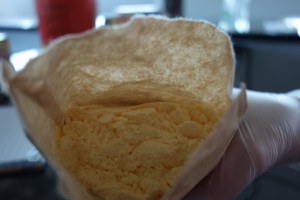 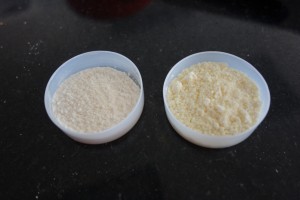 Before the test in the afternoon I made sure to prepare the puddings beforehand so I wouldn’t be rushed and they would have a chance to chill and set. 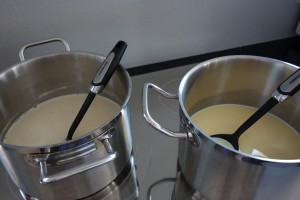 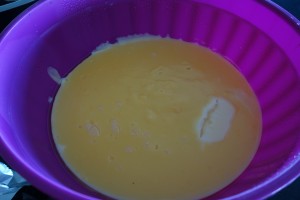 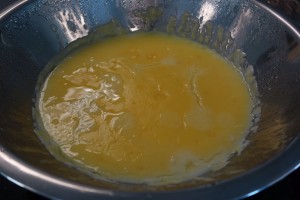 After observing and testing the two products, it was time for “Taste Test, Round 2.” For this test I added a twist for participants that have attended both taste testings. The first product, Product 1 (P1), was the newer pudding while the second product, Product 2 (P2), was the older pudding. Last week the old product was first (A) and the new product was second (B). Because of this I feel like there may have been some bias from the two-time participants because they thought the first would be the old one like last time. Based on what they tasted (and what I tasted too), they thought they were right. But boy, did we have everyone fooled. 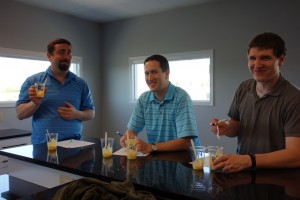 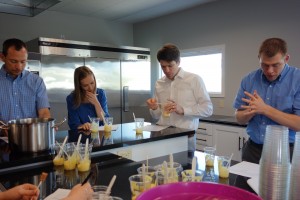 Both products looked relatively the same, which made it near impossible for my participants to tell from the start which was which. P1 (new) was a paler yellow while P2 (old) was a more potent, full yellow color. They also had approximately the same texture: smooth and lumpy. Granted I am not an expert at cooking pudding and I wasn’t pleased with the lumpy texture that most participants noted on their comment papers. I guess that’s also just the nature of cook and serve puddings. The puddings were chilled to gelatinous masses that I stirred up before serving. 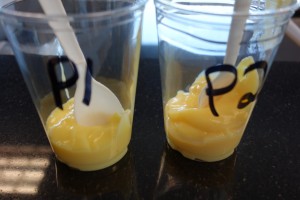 The two puddings looked and tasted fairly similar. Most comments regarding the texture of both were pretty similar: lumpy, smooth, good texture.  However, I noticed some major trends in comments regarding flavor differences for the puddings. Eleven people made some comment about P1 (new) having a “light,” “weak,” or “mild” flavor. I also got comments like “eggy,” “like flour,” “tastes ‘old,'” and “starchy tasting.” The texture of P1 (new) was lumpy and smooth as noted above, though I did get a couple comments like “more watery” and “not as thick as the second one.” P1 had an average score of 6.4, with the lowest score being a 3 and the highest being 8.75.

On the other hand, nine people made a comment about P2 (old) having a “strong,” “full,” and “great” flavor. One person even said P2 was “awesome.” While P2 had a strong flavor, several participants noted it wasn’t quite a vanilla flavor. Comments such as “not much vanilla flavor compared to P1,” “caramel-y,” “tastes like Nilla wafers,” “almost like tapioca,” and “flavor was different, weak vanilla.” One person said P2 was “more chunky, but definitely better overall.” P2’s average score was 8.2, with the lowest score being a 4 and the highest being a 9.

When preparing this test I had not realized that the newer pudding would have such a weak flavor and that the older pudding would be so strong. I loved the great reveal when I showed everyone the new package and the old can. The looks of surprise on their faces were priceless, especially from those that had attended last week’s taste test that expected the first product to be the old product.

One disclaimer: P1 (new) I had a bit of a hard time getting to cook. The box cooking directions said to “bring to full boil on medium heat, stirring constantly” and I kept waiting for a rolling boil or for the pudding to thicken in the pan like the older one was. I’m concerned I may have cooked it a little too long, hence the lacking flavor. One person even commented that the P1 “tastes like it cooked longer.” Sometime I’d like to try making Cook & Serve pudding again to see if cooking it for a different amount of time or different temperature would affect the flavor. Despite the fact that the new pudding was lacking flavor, I still think it’s surprising that the old pudding had such a strong, potent flavor.

Well, if you were stuck in Grandma Zollinger’s basement during the aforementioned zombie apocalypse, you may not be too pleased with the freeze-dried stroganoff. Luckily for you though you’d find a pleasant, sweet surprise in that old can of pudding mix in the corner of the pantry.