In week 3 of our taste tests we revisit Grandma Zollinger’s basement to find this: 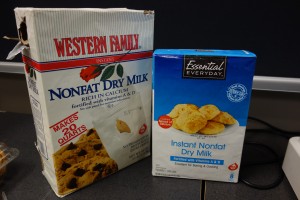 Thankfully, I personally was never forced by my mother to drink powdered milk. You may have been though, or you know someone who was. This stuff is just really not the most pleasant thing; a new package only makes the product bearable, really.  Thus, I was really grateful to those who were not forced, but volunteered,  to participate in this taste test. 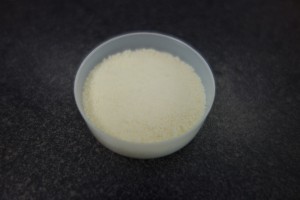 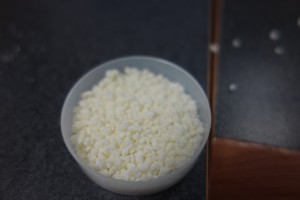 I prepared the milk about an hour before the test and then left it in the fridge to chill. 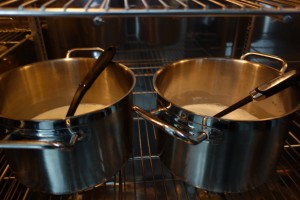 When it was close to testing time, I put the milk in cups and then Scott stuck them into the freezer to keep the cups cold. P1 was the old product while P2 was labeled the new product. 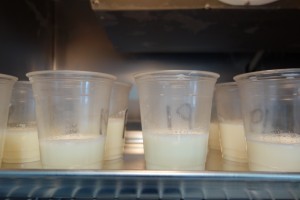 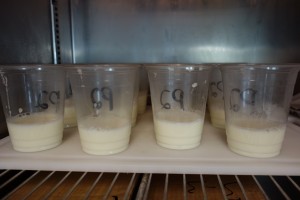 Then it was time for testing! Here are some of our brave participants. 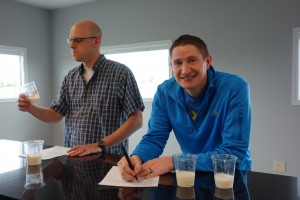 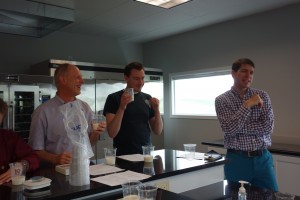 Deciding which milk was which was quickly discerned. The old milk, P1, was given many comments about it’s “nasty,” “gross” taste. Comments included “like a box,” “slightly sour taste,” watered down taste, ” and my favorite, “Tastes like a protein drink. Doesn’t taste like it will kill me but tastes weird.” I noted that a few people complained of a bad aftertaste, one commenting that the “aftertaste returned after P2.” Several participants also noted a “strong” or “chalky” smell (I personally thought it smelled like baby formula…but not in a good way). As for texture, participants commented on P1’s “chalky,” “bit gritty” texture. The ratings showed just how disgusting the old product was, with an average of 2.2 and a low score of -1 and a high of 7 (as a disclaimer, the 7 was from the participant that said P1 was “not too bad, like powdered milk I’m used to”). Yes, that stuff was just that bad.

The newer product, P2, wasn’t as bad as P1,  but it wasn’t good either. Many people made a comment about P2 being closer to tasting like real milk or skim milk. Comments like “normal,” “okay,” “bland,” and “not too bad” professed the mediocrity of the product. One participant said, “I don’t think P2 is that bad.” Well, like I said, it wasn’t that bad…but it wouldn’t be my first choice when selecting a beverage. And that was the new powdered milk! The average rating on the new product was 6.2 with a low score of 2 and a high of 9.

I had already guessed this would probably be the least pleasant of the tests I have and will plan to do, and that held true. My participants were champs though for helping me out, so I made sure to reward them with cookies after the test was over. And cookies make everything better…right?

Well, it’s sure a good thing you’ve got that pudding in Grandma’s basement, ’cause so far that might be the best thing you’ll eat down there while barricading yourself inside the house from the ravenous zombies on the loose during the aforementioned apocalypse.